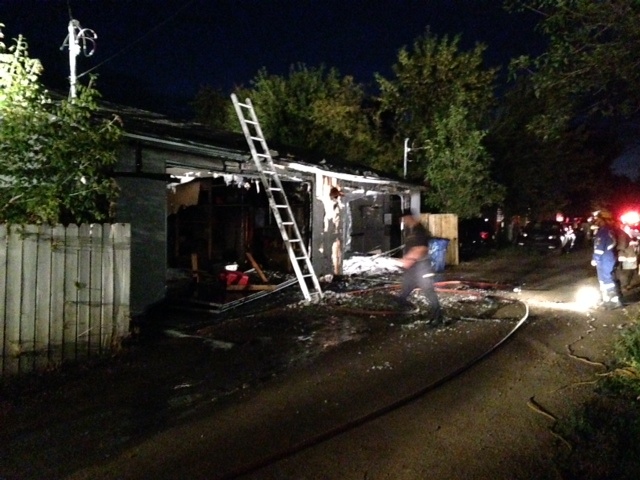 A fire early Thursday damaged two garages in the alley behind the 800 block of Main Street.

The third fire was trailer parked behind the 600 block of Avenue H South that saw $2,000 of damage.

A 911 call reporting that the attached garages were on fire came in just before 4 a.m., the Saskatoon Fire Department said in a news release.

Crews arrived to find flames showing from the structure and firefighters broke through the garage door in order to attack the interior fire. It took approximately 20 minutes to bring the fire under control.

When crews who responded to the initial call arrived at the scene they spotted another fire just down the alley and called for an additional unit. That blaze was brought under control with 18 minutes.

The third fire saw crews called out just after 5:30 a.m. to find smoke and flame coming from a small utility trailer at the rear of a building at 633 Avenue H South. Firefighters were able to extinguish the fire within minutes.