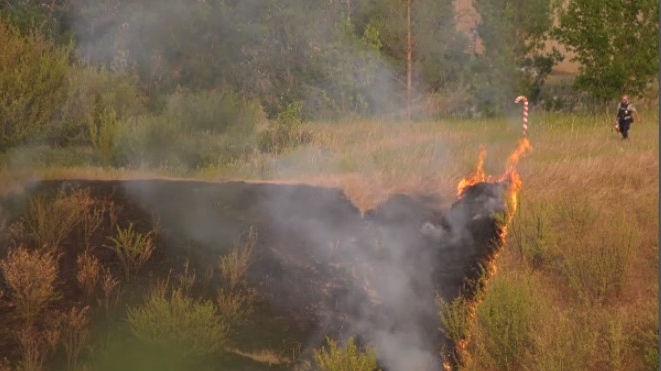 A series of small grass fires along the riverbank has prompted a police investigation. (CTV News)
Saskatoon -

Firefighters and police responded to a string of "small but numerous " fires along the riverbank Monday evening.

The fires were burning along the lower path of the riverbank in the 700 block of 25th Street East, according to a Saskatoon Police Service (SPS) news release.

Royal University Hospital security staff were first on scene, extinguishing a nearby fire.

"Investigation shows that the first one was started closer to the Broadway Bridge on the east side of the river," SPS said.

"Small spots of fire sprung up, moving north along the riverbank until the final scene near the top of the University Bridge."

The fires are considered suspicious and likely started burning between 6 p.m. and 7 p.m., according to police.

SPS is asking anyone with information to contact police or Crime Stoppers.