Spontaneous combustion of chemicals to blame for Saskatoon parkade fire

Spontaneous combustion of chemicals to blame for Saskatoon parkade fire 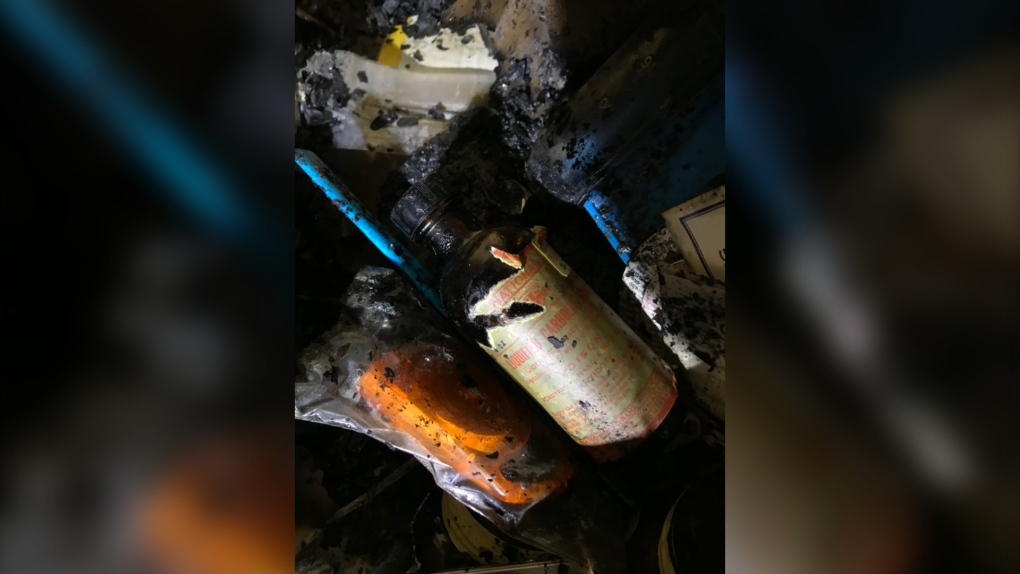 A parkade fire that caused $25,000 in damage was caused by the spontaneous combustion of improperly stored chemicals in a storage closet. (Saskatoon Fire Department)
SASKATOON -

A parkade fire that caused $25,000 in damage was caused by the spontaneous combustion of improperly stored chemicals in a storage closet, according to the Saskatoon Fire Department.

The fire occurred around 3:10 a.m. at an apartment building on Pawlychenko Lane.

The fire was brought under control at 3:29 a.m.

Tenants were allowed to return to their suites at 5 a.m. once the smoke was cleared and carbon monoxide levels brought back down.

Hazmat technicians secured the chemicals and are removing them from the building.

Man charged with smuggling pythons in his pants at Canada-U.S. border

A New York City man has been charged with smuggling three Burmese pythons in his pants at a U.S-Canadian border crossing.