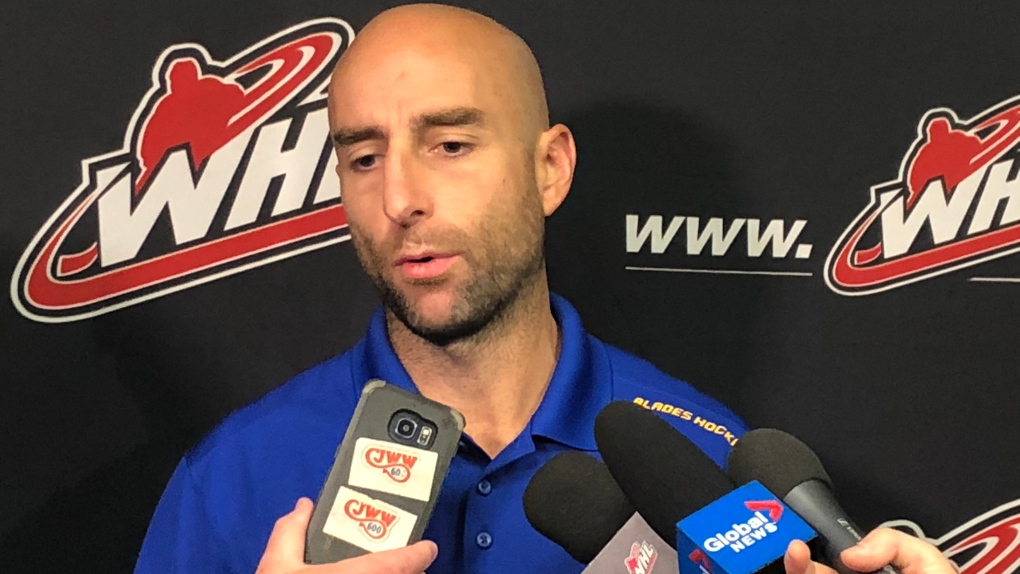 “It’s an exciting time of the year,” said WHL Commissioner Ron Robison. “This is the time of year where we’re excited for the players but the fans as well as we get started again.”

On his way to the Art Hauser Centre in Prince Albert, Robison made a stop in Saskatoon with an important announcement for the two Prairie rivals ahead of opening weekend.

Robison said the CIBC Canada-Russia Series would be held in Saskatoon and Prince Albert Nov. 13 and 14 respectively.

“It’s not only an opportunity for Hockey Canada of course to evaluate players ahead of the World Junior Hockey Championships which will take place in the Czech Republic, but it’s an opportunity for two host cities to get a great chance to showcase the best players in the Western Hockey League," Robison said.

“It’s an extreme honour,” Love said. “I take a lot of pride in being a western Canadian boy and working in the Western Hockey League, whether as a player and now as a coach and to get the opportunity from Ron and the WHL to be the head coach I’m looking forward to working with the players involved.”

Joining Love on the bench is Raiders’ coach Marc Habscheid and Dave Struch. Habscheid and Love struck up a rivalry during last year’s playoffs, with the Raiders advancing to the third round at the expense of the Blades.

“Of course we had some fun last year through the media and that playoff series. What people might not understand is how much respect we have for each other,” Love said.

The Blades visit Prince Albert Friday ahead of their home opener on Saturday.