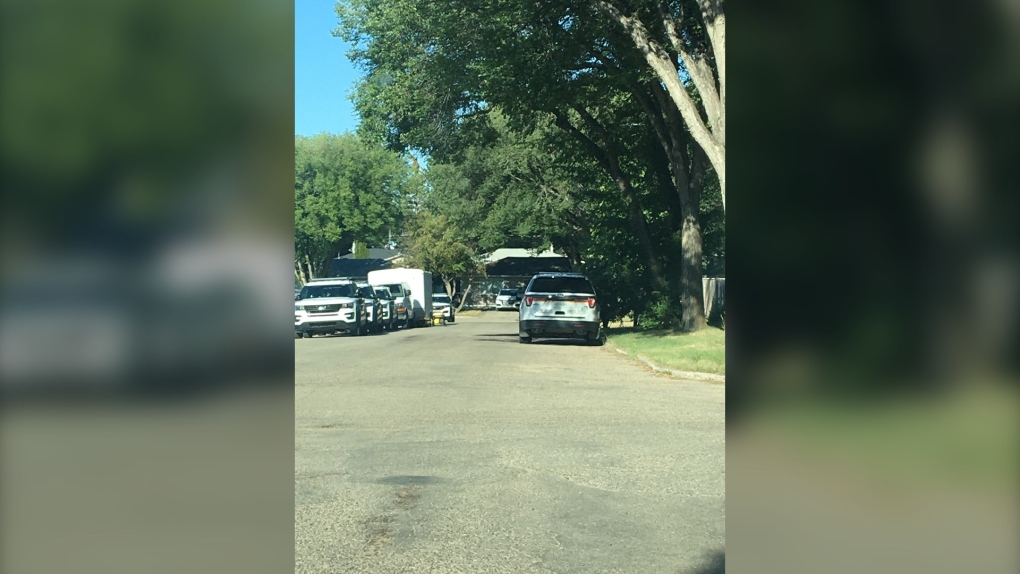 A constable and police service dog were involved in a training activity around 6:30 a.m. in the 300-block of Ottawa Avenue North when they heard a gunshot, according to an SPS press release.

Two suspects were seen fleeing the area on bicycles. The constable started chasing the pair on foot and communicated directions to other officers.

Police were able to quickly locate and arrest the duo, according to SPS.

The suspects had a variety of knives, paraphernalia linked to drug trafficking, ammunition, some pills and 28g of suspected methamphetamine, according to police.

Police were also able to locate a discarded firearm from the location.

Charges are pending for the two 30-year-old suspects.

A shocking video shows the devastating impact of post-tropical storm Fiona on the town of Isle aux Morts, N.L., as the sea overtakes land and scatters wood, tires and boats across the beach.

Storm chaser: Powerful hurricanes are not just an American phenomenon

Out of 24 hurricanes Mark Robinson, a meteorologist, has tracked, post-tropical storm Fiona was the most intense Canadian hurricane he’s seen and he’s warning these storms are not just American phenomena.

Despite warming temperatures, Arctic lakes are disappearing – here's why

According to new research, 82 per cent of the Arctic has gotten drier over the last 20 years and the reason why could come as a surprise.

A search is underway in southwestern Newfoundland for a woman who was reportedly swept out to sea after a wave struck her home during post-tropical storm Fiona.

After the storm: residents of Atlantic Canada and eastern Quebec survey damage

A day after post-tropical storm Fiona left a trail of destruction through Atlantic Canada and eastern Quebec, residents of a coastal town in western Newfoundland continued to pick through wreckage strewn across their community, easily the most damaged area in the region.