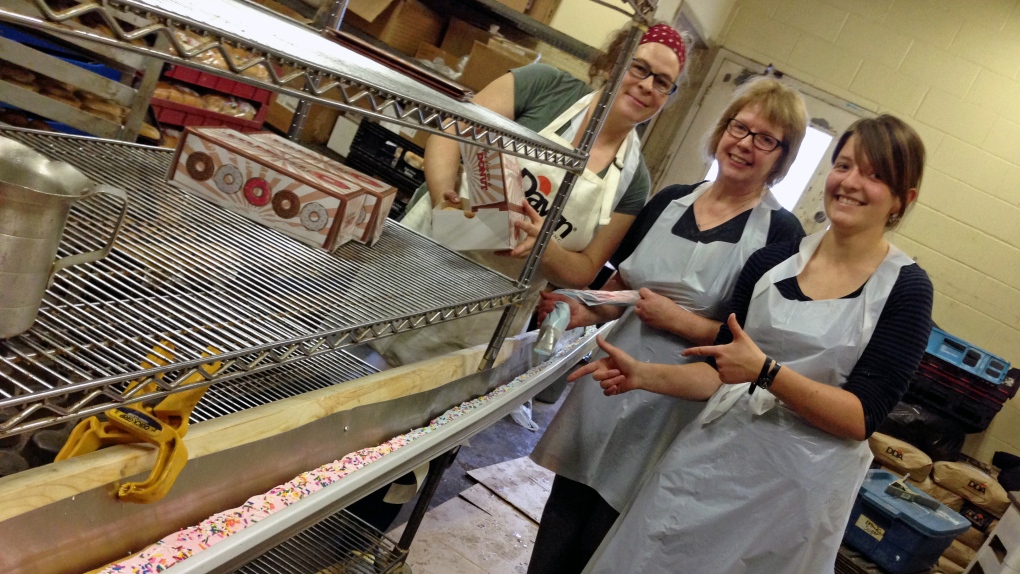 A Saskatoon bakery is frying its way into the record books.

The nearly six-metre long doughnut, which is being cooked in an eavestrough, beats out the previous Guinness World Record holder by three metres.

The long john doughnut weighs 15 pounds, and is topped with icing and rainbow sprinkles.

The bakery, which is run by Community Learners High School in the city, is encouraging the public to come see the long john and to buy a doughnut to help support the school’s programs.

The group will find out in six weeks if their doughnut breaks the world record.