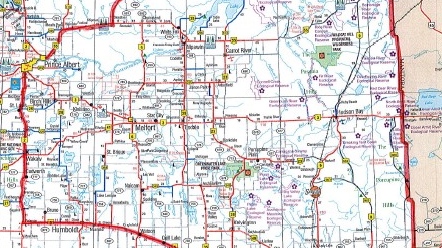 As a result of hot, dry conditions in the eastern and central parts of the province, the Saskatchewan Public Safety Agency (SPSA) issued a fire ban for a large area of Saskatchewan.

The fire ban includes a ban on all open fires for all provincial Crown lands, including provincial parks located within the fire ban area, the SPSA said in a news release.

Currently there are 11 wildfires burning in the province and several in the area covered by the fire ban, SPSA said. To date, Saskatchewan has had 603 wildfires, more than double the five-year average of 298, according to SPSA.

"With hunting season comes more human activity and, as a result, more human-caused fire starts,” said Steve Roberts, vice-president of operations. "The SPSA encourages all residents, including hunters, to exercise caution to prevent fire starts and for all municipalities to examine the fire risk in their area."

Right now the SPSA said it’s responding to several fires in the area near Hudson Bay and smoke may impact nearby communities depending on wind strength and direction. Anyone affected by smoke should stay indoors at this time, the agency said.

Environment and Climate Change Canada (ECCC) issued a special air quality statement on Sunday for the Rural Municipalities of Hudson Bay, Shoal Lake and Red Earth reserves, Porcupine Plain and Weekes as a result of smoke from forest fires north of Hudson Bay.

“With no precipitation and generally light winds expected for the foreseeable future, reductions in visibility in forest fire smoke may continue until a pattern change early next week,” ECCC said.

“Individuals may experience symptoms such as increased coughing, throat irritation, headaches or shortness of breath. Children, seniors, and those with cardiovascular or lung disease, such as asthma, are especially at risk.”