A Saskatoon mother is pushing for the Saskatchewan government to approve a treatment that would help save her six-year-old son’s vision.

But, the family’s journey with Anthonee’s vision challenges started when he was a baby.

Soon after his birth, Eckert could tell he was not meeting his milestones like other kids. She noticed that Anthonee could not focus on her face and would be drawn to the brightest object in the room instead.

“We didn’t really get much eye contact from him when he was probably up to a year old, which was kind of devastating because as a mother, you want that intimate connection with your child, especially your first born,” she told CTV News.

Eckert began working at an ophthalmologist’s office after her maternity leave. That’s when she began asking more questions about Anthonee’s vision. 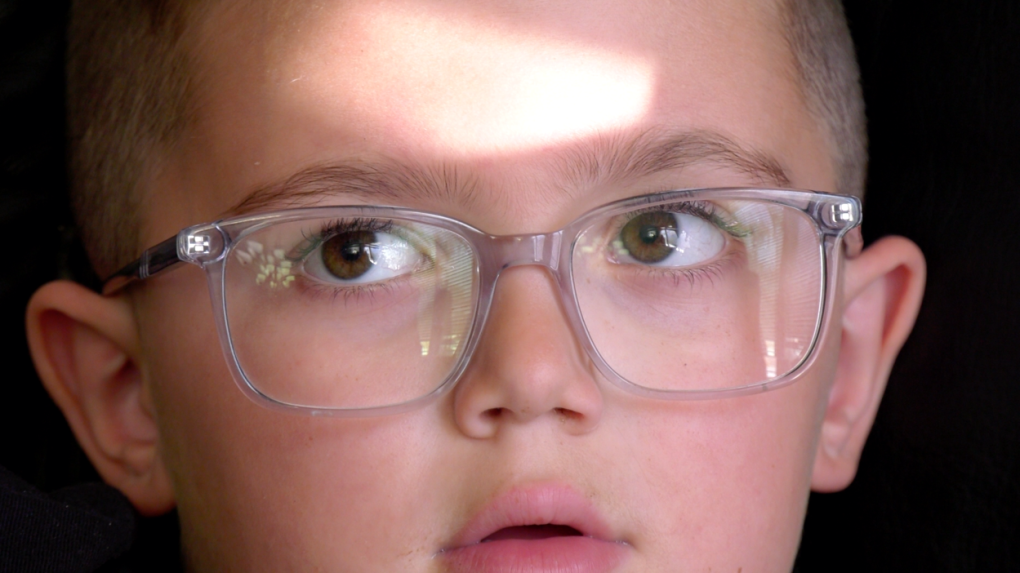 At first, she was told there was little cause for concern. She said Anthonee was given glasses that appeared to help, but didn’t entirely improve the issue. So, she continued to search for answers.

“Until we got the diagnosis, it was continually having hard times and mentally, it was hard for me just because I hated to see him struggle so much,” she said.

“I knew that there was going to be a bigger diagnosis than something like a heavy prescription.”

Dr. Ian MacDonald, an ophthalmologist at Edmonton’s Royal Alexandra Hospital, made the final diagnosis after a genetic test confirmed Anthonee has LCA.

“We obtained a sample from Athonee and it showed that he had a very specific form of Leber congenital amaurosis due to what we call variants or spelling mistakes in a gene called RPE65,” he told CTV News.

“The key with this particular condition is early diagnosis and early intervention.”

The progressive disease leaves Anthonee prone to trips and falls and has resulted in a lack of night vision.

“The injuries are definitely something that I fear a lot with him,” Eckert said, adding that Anthonee has gotten bumps and welts on his head from bumping into things and has even broken his elbow.

Anthonee’s restricted vision also limits his ability to take part in some of his favourite activities like karate, basketball and biking if they are in dimly-lit spaces or when it’s cloudy outside.

“We went camping last year, he was inside as soon as it was dark. He didn’t get to enjoy the fire, and it’s not that he didn’t want to, just coming from his perspective, it’s hard to enjoy things you can’t see,” she said.

“He has a hard time with fireworks because they’re so bright for us but, they’re not bright for him. It’s like a star. He can’t see stars.”

THE NEED FOR TREATMENT

Eckert was given hope for her son’s future when she found out about Luxturna, the first targeted gene therapy for LCA to be approved by Health Canada.

It got the green light in October 2020, but the Government of Saskatchewan has not yet approved public coverage of the treatment.

“I just don’t understand why not, like this poor boy unfortunately could be blind by the time he’s 13. That’s seven years from now. You know, that’s a hard pill to swallow because as a parent, I want to see him succeed and I want to see him have a family.” 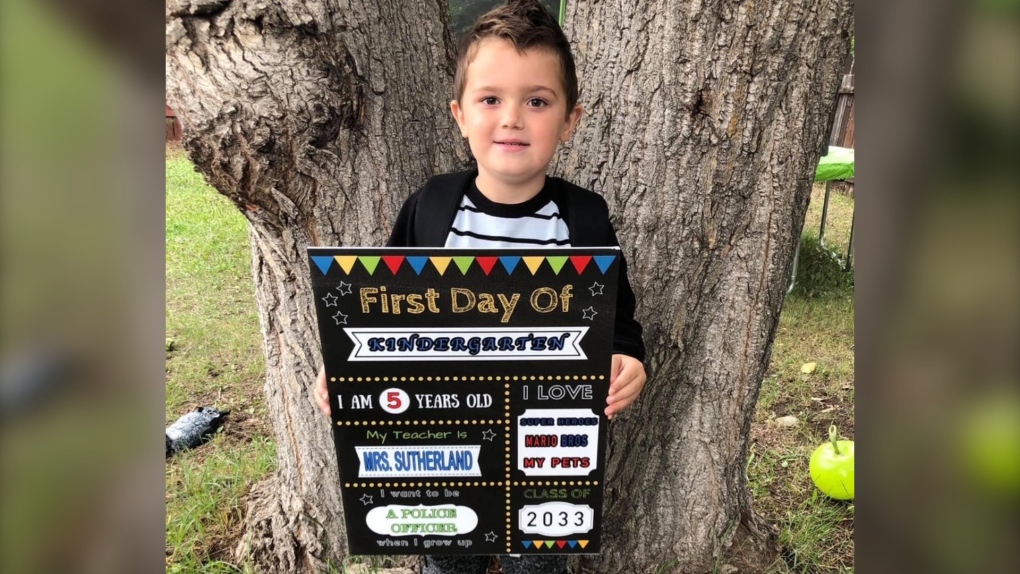 TIME OF THE ESSENCE

Eckert said Anthonee is losing about 10,000 photoreceptors, the light-sensing neurons of the eye, each day and needs to have a certain amount left in order to receive the treatment.

“The more time we waste, the less of an opportunity that he’ll have for this treatment,” she said.

MacDonald echoed that time is of the essence and that it is crucial to maintain the photoreceptors Anthonee still has.

“What we’re trying to do is preserve the function that he has now. That’s our primary goal. If there’s an improvement, then that’s a bonus for sure,” he said.

“The earlier that we can treat this disorder, the more likely that we will be able to prevent vision loss.”

People are born with an average of five to six million cone photoreceptors, according to Fighting Blindness Canada.

“There are 41 Canadians like Anthonee that are on a waiting list. It’s been over 19 months since Health Canada approved this as a treatment and we really need the Government of Saskatchewan to step up,” Doug Earle, president and CEO of Fighting Blindness Canada said.

“Enough is enough. It’s taken too long. Too much sight has been lost needlessly.”

A study by Fighting Blindness Canada found that inherited retinal disease, like Anthonee’s, has a socioeconomic impact on the individual and on Canada. The study found that the cost was $1.6 billion in 2019 alone – one largely borne by affected individuals and their families.

“With this sight-restoring treatment, we can stop that. We can lessen the impact on the direct healthcare system, on the cost of well-being. Anthonee can grow up and do whatever he wishes,” Earle said.

Eckert wants more people to be aware of the blind community and that they aren’t always the elderly.

“It is children. These are the future of our province, the world. We need to spend more time making sure that their future is better,” she said.

Eckert said her hope is for Anthonee to receive the treatment by the end of the year and will do whatever it takes to make that happen.

“Like I said, give it seven years, maybe a little bit more, (Anthonee) won’t be the same boy and that’s heartbreaking.”

In an emailed statement, the Ministry of Health said the “Saskatchewan Drug Plan recognizes the urgent interest that patients and their families share regarding timely access to financial assistance through public drug plan coverage of Luxturna.”

While coverage for Luxturna is not approved, it is currently under negotiation by the pan-Canadian Pharmaceutical Alliance (pCPA), the ministry said.

“Rigour in funding decisions is necessary to continue to provide access to the best care while ensuring publicly funded drug plans are sustainable into the future,” the statement said.

The ministry said the treatment has been provided by its manufacturer through “compassionate access.”

Once a funding decision is available, prescribers and pharmacists will be notified through the Saskatchewan Drug Plan.

Lives were 'shattered' when Kabul fell into Taliban hands, and thousands remain in limbo, unable to return to Afghanistan. CTV News' Genevieve Beauchemin recalls her visit to makeshift refugee camps set up in Pakistani parks, and the stories she heard during that time.

The world’s largest international Arctic sporting event is underway in northern Alberta, where athletes compete in unique games significant to the cultural identity of the North.