A Saskatchewan farmer is one of six representatives sponsored by the National Farmers Union (NFU) headed to the United Nations climate change conference.

“Any solution to address climate change has to involve agriculture and that’s why the National Farmers Union wants to be present at the COP26 summit,” said Glenn Wright, who grows wheat, cereals, canola, lentils and forage crops near Delisle, Sask.

The summit, known as COP26 and delayed one year by COVID-19, is being held in Glasgow, Scotland. It’s intended to finalize the rule book for the Paris accord, including how carbon emissions trading can work between countries and what each country has to report about progress toward climate goals.

The NFU delegates have observer status to watch the negotiations of state officials.

They will also speak at the People's Climate Summit along with other civil society groups at the event.

Wright says he hopes to gain more insight into climate action and upon his return he plans to continue to encourage change in agricultural practises and domestic behaviours.

He says Canada should stick to its pledge, made under the Stephen Harper government, at the G20 Summit in 2009 to end all fossil fuel subsidies.

Wright has taken steps to reduce his fossil fuel use. He uses solar panels and drives electric vehicles.

He has also reduced the amount of fertilizer used on fields by doing intercropping where he seeds canola with pulse crops or perennial forage cover like alfalfa.

“That’s taking nitrogen and making it bio-available for plants so I don’t have to use nitrogen fertilizers made with the use of natural gas,” said Wright. 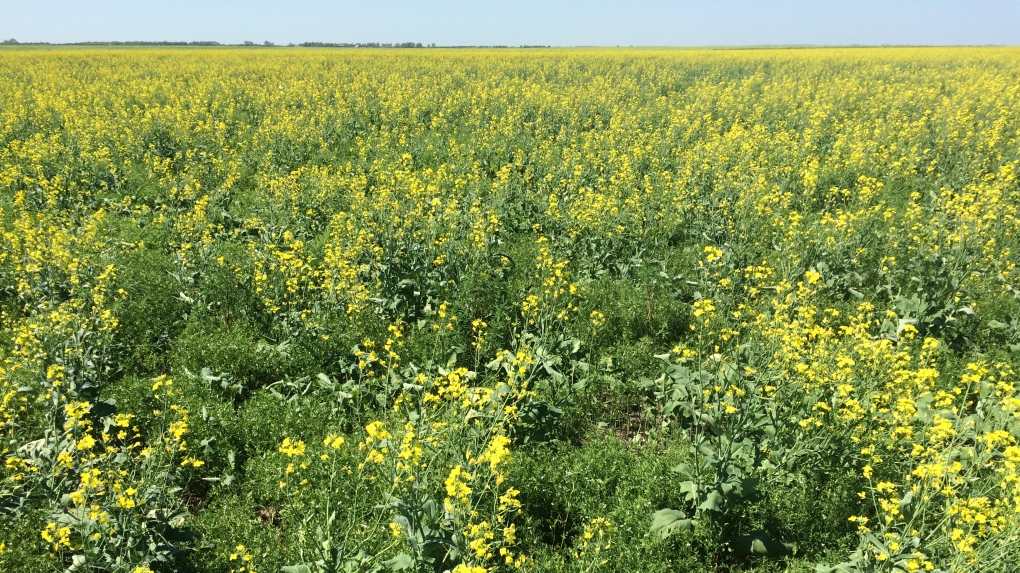 Photos of intercropped of canola and lentils. (Submitted photo)

Wright says drought causes some of his crops to yield only four bushels per acre and he was forced to sell some of his crop as forage for animals instead of harvesting the grain.

“It’s been a really tough year for producers on the prairies with the drought. Thankfully I’ve been switching to minimum input farming,” said Wright.

Agricultural emissions make up 24 per cent of all emissions in Saskatchewan, according to the province.

The oil and gas industry emissions are estimated at 30 per cent with electricity generation at 20 per cent.

“We need to tackle industrial pollution with much more vigor then focusing on residential individual actions,” said Wright.

With files from The Canadian Press

A man who used a sword to kill and maim victims in Quebec City's historic district on Halloween night 2020 has been found guilty of murder.