'Replacing heritage with a patch of grass': Protestors air frustrations over closure of thoroughbred racing at Prairieland Park 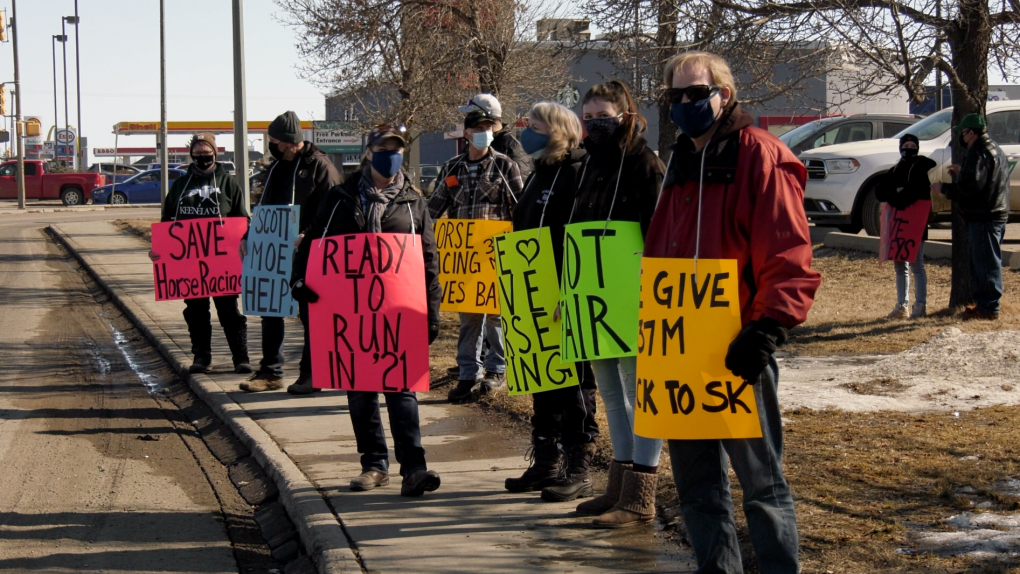 Prairieland is turning its attention to soccer.

It announced a partnership with Living Sky Sports and Entertainment that could being a professional soccer team playing in the Canadian Premier League in Saskatoon by 2023.

Colourful neon signs showed messages of support to save the horse racing industry in the province.

Nicole Hein is a jockey and isn't happy or surprised with the news.

"The 2020 racing season was cancelled last year and a lot of us kind of thought it that it would be the end of horse racing to begin with and we were right," Hein said.

Hein adds that Prairieland is doing a "great disservice" by replacing the racing track without consulting anyone in the horsing industry or giving it a fighting chance.

"They're basically replacing our heritage with a patch of grass and I've nothing against soccer but you know but there's lots of other places to build it that don't decimate an entire industry.”

The protestors who brought neon signs to Centre Mall are mostly trainers, jockeys, grooms and concerned citizens, according to Hein.

It's the second year in a row that Prairieland has had to cancel the horse racing season due to the ongoing COVID-19 pandemic.

"[Prairieland] saw a new shiny object and they just decided it was best for themselves and not for the community who they claim to support."