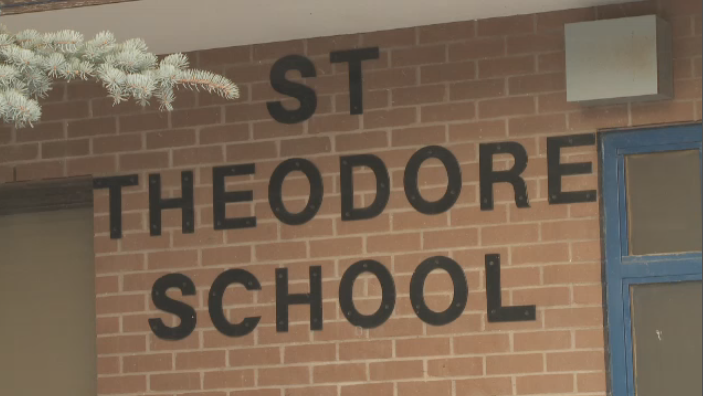 St. Theodore Roman Catholic School is at the centre of an appeal hitting Provincial Court this week.

The provincial government says it will be watching closely as it and the province’s catholic schools face the Good Spirit School Division in Saskatchewan’s court of appeal this week.

“We’ll be keeping a very, very close eye on that decision,” said education minister Gordon Wyant at the legislature Wednesday.

This case dates back to 2003 in Theodore, SK, which is 40 kilometers northwest of Yorkton. That year, the Yorkdale School Division, which is now the Good Spirit School Division, closed its public school in town due to declining enrolment. It planned to bus students to a neighbouring town instead.

In an effort to keep kids in the community, a group created their own Catholic school division, which opened the St. Theodore Roman Catholic School.

The Good Spirit School Division fought the move in court, saying it was unfair for the newly-formed Catholic division to receive government funding for non-Catholic students.

More than a decade later in April 2017, Justice Donald Layh sided with the public division saying the arrangement was “unconstitutional.”

At the time, the provincial government said it was a ruling that would force 10,000 Catholic school students province-wide to switch to public school, so in a historic move, the province invoked the notwithstanding clause. The clause had only been used once in Saskatchewan more than 30 ago, and it allowed for enrolment to remain unchanged for five years until the matter is resolved in the courts.

The province also filed an appeal, in hopes of overturning the decision.

“Ontario and Alberta have very similar pieces of legislation, and so we’re concerned about what the precedent would in our province once the notwithstanding clause rant out, and where other jurisdictions would go as well,” said then-education minister Don Morgan after the appeal was filed.

“We have also heard from other jurisdictions that might want to participate in the appeal as well.”

“Any dispruption caused by the movement of non-Catholics from separate schools is a product of the unilateral and relatively recent decision of Catholic schools to admit those students,” Public Schools of Saskatchewan wrote in an April 2017 statement.

The appeal will be heard in court this week starting Tuesday. It has been scheduled for two days at the Court of Appeal for Saskatchewan in Regina.