'Not really dealing with the issues': Homeless advocate questions removal of bus benches in Prince Albert 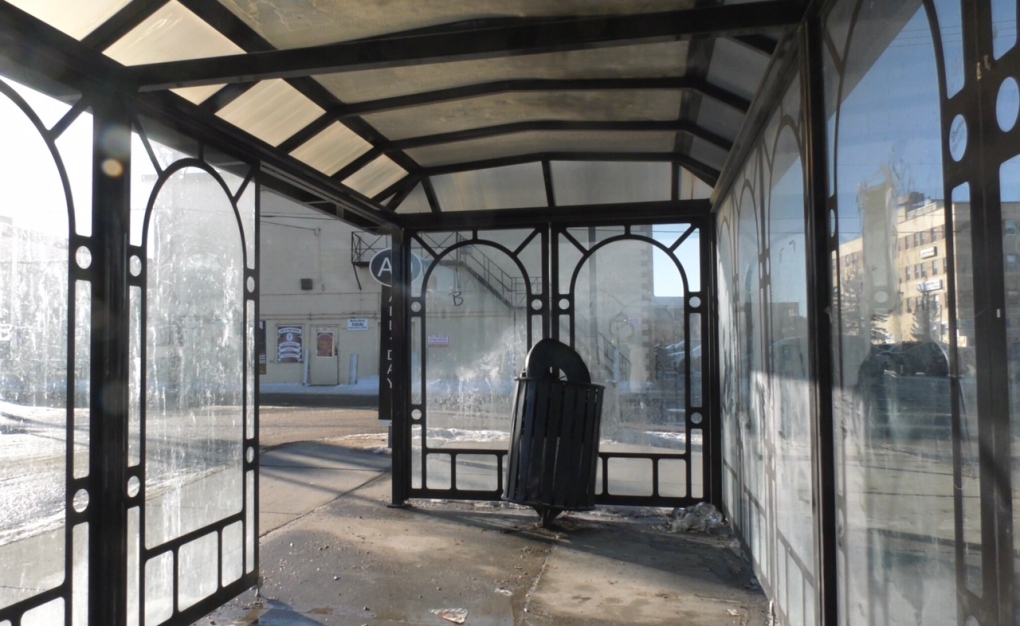 The City of Prince Albert removed benches in the shelters at its main bus station after an alleged assault. (Jayda Taylor/CTV Prince Albert)

In a news release, the Prince Albert Police Service said it’s working with city officials to look at environmental or landscaping options to minimize crime at the transfer station – it comes after a bus driver was allegedly assaulted earlier this month.

The city’s communications manager, Kiley Bear, said they removed the benches in the shelter immediately “to discourage people from spending a lot of time in the area.”

“We are open to other ideas, but this is the only one we are considering right now,” she said.

"We're not really dealing with the issues that are driving this — the issues of poverty, the issues of shortages of housing, the issues of substance abuse and addiction; the kinds of things that if we don't do something about it are just going to result in this issue popping up somewhere else,” he said.

Howell said removing the benches affects the elderly and other people who can’t stand for long periods of time, as well as homeless people who may seek shelter there.

Howell is also a member of the Vulnerable Peoples Working Group. He said they’re meeting on Tuesday to discuss alternative options for crime deterrence.

He said the city has previously taken similar approaches, such as temporarily putting up a fence around the Margo Fournier Centre. Howell also pointed to a curfew bylaw for back alleys and walkways.

“I think we need to work together, get the province involved and the federal government and try and come up with some solutions that really help people to try and straighten out their lives so that they’re not found fighting by bus depots,” said Howell.

The police service said one woman was taken into custody for public intoxication in connection to the alleged assault, which occurred on Feb. 9. The news release said officers have been conducting extra patrols in the area.