Mustang custom built in Sask. goes for $1M at legendary auction to raise money for STARS 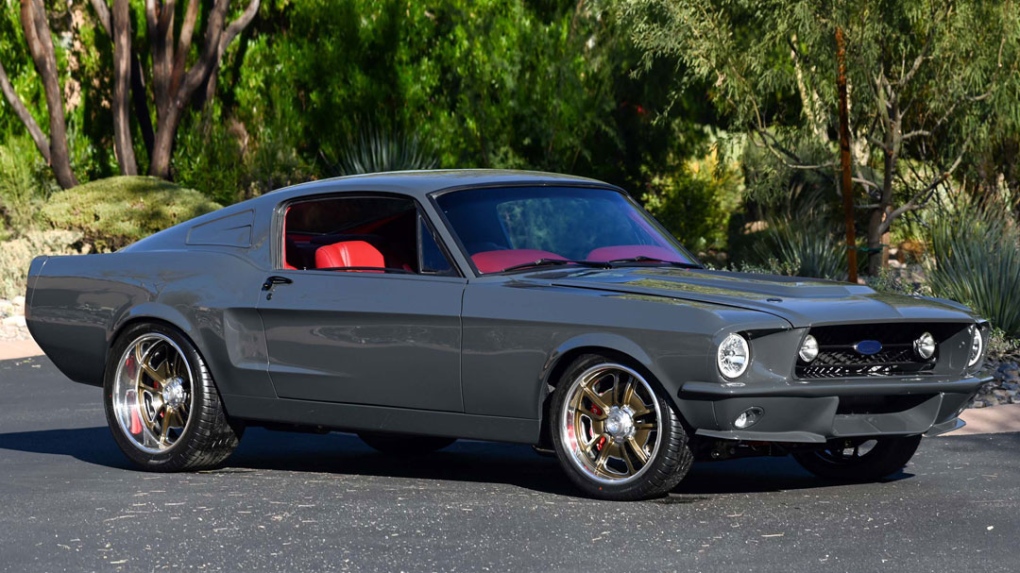 A custom built muscle car sold to the highest bidder at the Barret-Jackson collector car auction this afternoon with proceeds going to STARS.

The 1968 Ford Mustang fastback sold for $1 million USD on Friday.

It's part of what's known as the "Pegasus Project" and spent the summer touring around the province before heading to Scottsdale, Arizona for the auction.

Along with the classic car, the buyer is also getting a bass guitar from Saskatoon-based Dingwall Guitars which has supplied the instruments to bands like Duran Duran, Genesis and Lee Sklar.

The car was originally unveiled in November in Las Vegas at the SEMA Show, aother popular auto event, by Saskatoon's Kim Coates — an actor who is most well known for his role in the Sons of Ancarchy television series.