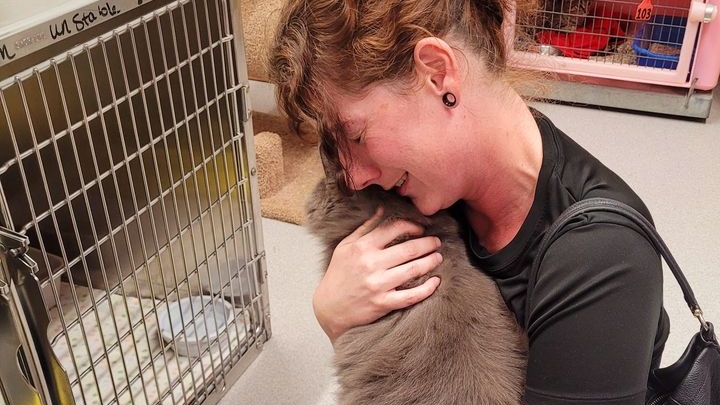 A Saskatoon woman was reunited with her cat Walter White after more than three years.

A Saskatoon woman was reunited with her missing cat after over three years apart, the SPCA says in a Facebook post.

“Walter White went missing three and a half years ago from the house his family had just moved to. His mom Nikky spent months searching for him,” a Saskatoon SPCA staff member says in the post.

The owner, identified only as Nikky, had tried everything to locate the missing feline: she posted online, went to the shelter regularly, submitted a lost report and even offered a reward for his safe return, the SPCA says.

When a woman entered the Saskatoon SPCA last week with a cat that had been hanging around her yard no one could have anticipated it would be the cat Walter White.

When signing him in, staff discovered a microchip and quickly called Nikky with the good news, the SPCA says.

This is the longest an animal has been away before being returned that staff can remember.

“I’ve had six months, I’ve had a couple at a year, but this was my longest,” a staff member said in the Facebook post.

“I cried with her when she scooped him into her arms, so happy to have him back and so thankful she had him microchipped.”