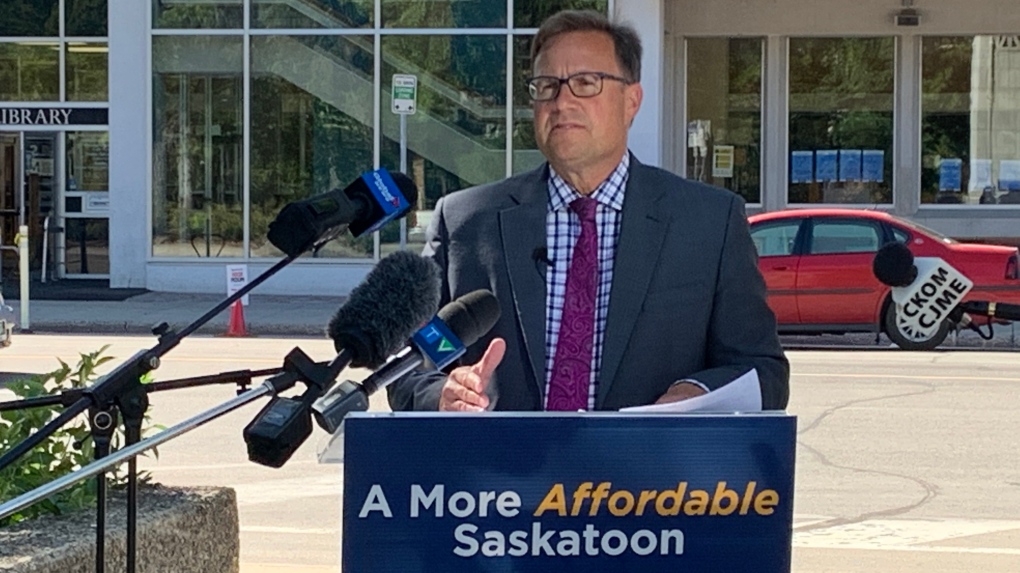 Norris cited the ongoing impact of COVID-19 on Saskatoon’s economy and the city’s finances.

“There is no arguing that we want a new library downtown as the current facility is near its end of life. There is also no argument that a new library ought to serve the needs of all Saskatoon citizens,” he said in a news release.

“But at $132 million this standalone downtown library is gold-plated and at least $80-100 million over budget. I can’t in good conscience support this project because of its sky-high price.”

In November 2019, City Council voted 6-5 to approve borrowing $67.5 million for the project, which was $20 million lower than requested.

The original estimate for the new library was $154 million.

Norris said he would ask several questions about the project as mayor, including how council could approve it without seeing the preliminary design and whether a new downtown library should be a part of a multi-use complex.

In a statement, Mayor Charlie Clark said Norris isn't paying attention to real costs or thinking about the importance of economic growth to Saskatoon's downtown.

"Delaying this project that has been in development for decades will only make it more expensive and Saskatoon City Council has already reduced the borrowing limit to address cost concerns," Clark said.

"This project will create jobs and become an anchor for new growth and activity in the North Downtown. We have seen the evidence with the new central libraries in Calgary and Halifax which have become catalysts for new downtown development.

"I want our city to move forward with good jobs and a vibrant downtown. There is a real risk of moving backwards at this crucial time."

Councillor Hilary Gough, who is running for re-election in Ward 2, notes the price tag for the library is in 2026 dollars and includes all incremental costs.

She says the library is exactly what the city needs to help with the recovery of COVID-19.

"We also know that theres a lot of folks who are going to need some additional supports coming out of COVID-19 and the library is a really crucial institution to help folks through that."