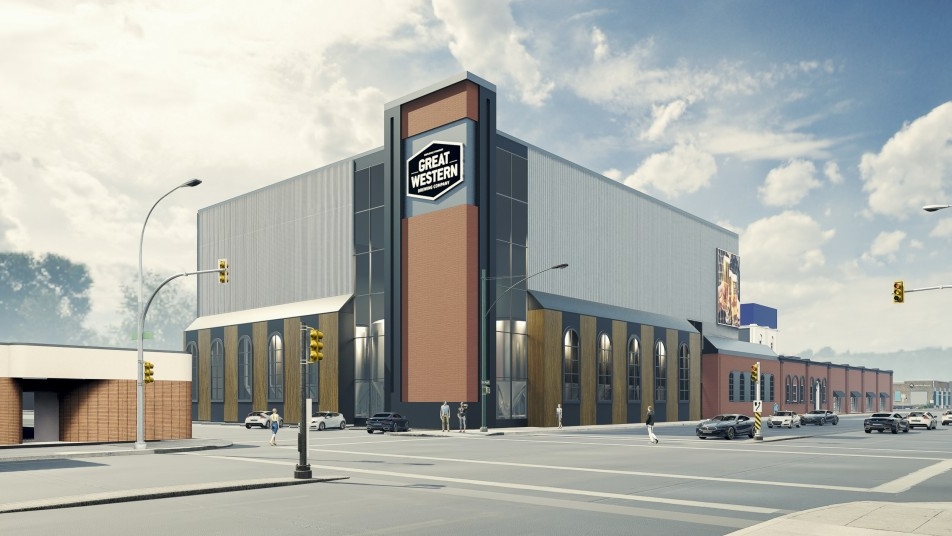 A rendering of a new facility at Great Western Brewing Company in Saskatoon. (City of Saskatoon)

The new facility is proposed to be constructed on the southeast corner of the property and will be integrated with the existing building that fronts 2nd Avenue, according to the city.

Details of the project include:

A rezoning to Heavy Industrial, which permits breweries of this scale, is required to accommodate Great Western’s new facility, according to the city. The brewery has been considered a non-conforming use under its current General Light Industrial zoning.

Great Western has been permitted to operate because it existed at that location before the restriction was in place, but a non-conforming use may not be rebuilt, expanded, or moved to any other portion of a property

City council is scheduled to consider the proposal next year.