Former students of a Saskatoon private school at the centre of a criminal investigation are publicly sharing stories of the alleged abuse they faced there.

An active investigation into Saskatoon Christian Centre Academy — now called Legacy Christian Academy — is now in the hands of a Crown prosecutor, according to Saskatoon Police Service.

Coy Nolin attended the school from Grade 5 to Grade 11, when he says teachers began questioning his classmates about his sexual orientation.

"It was almost like an inquisition like, 'Is Coy gay' or 'What kind of magazines does he have, what kind of movies does he watch?' things like that," said Nolin. 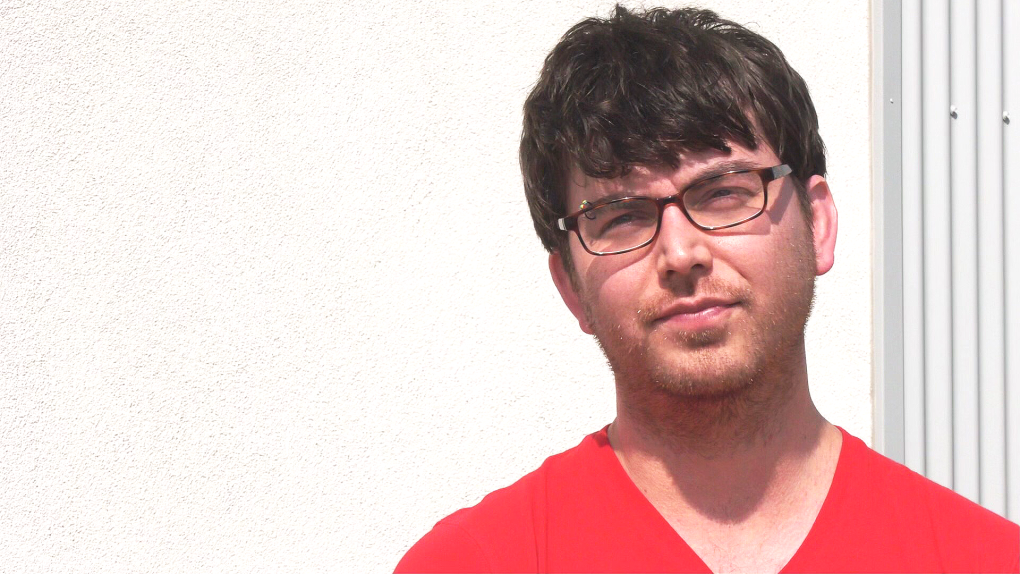 Coy Nolin says he left Saskatoon Christian Centre Academy after he was subjected to a "gay exorcism" by staff. (Pat McKay/CTV News)

Nolin says when he revealed to his teachers that he was gay, well before he was ready to come out, they held a "gay exorcism" at his house.

"They would start speaking in tongues, which is like, I don't know, babbling and grunting," said Nolin.

"They did that and they said 'We cast the gay demons out of you,' and they did this for at least an hour and then after that, it was time to take a lickin'."

It's just one of the stories of physical, mental and emotional abuse that former students are alleging happened regularly at the school, which is adjoined with Mile Two Church.

In a statement, the school and church say current staff and leadership are hearing some of the stories for the first time.

"Our church and school have undergone significant leadership and staff changes in the last seven years," the statement said.

"The people that are accused of these actions are no longer here or affiliated with us in any way. We have and will cooperate fully with any officials or authorities that are investigating their actions."

The church said it has "offered numerous public and private apologies" over the past seven years as the allegations have emerged.

Caitlin Erickson attended the school from kindergarten to Grade 12 graduation and says Saskatoon police took statements from several former students as part of their investigation.

"It was very controlling and abusive," she said of the school. 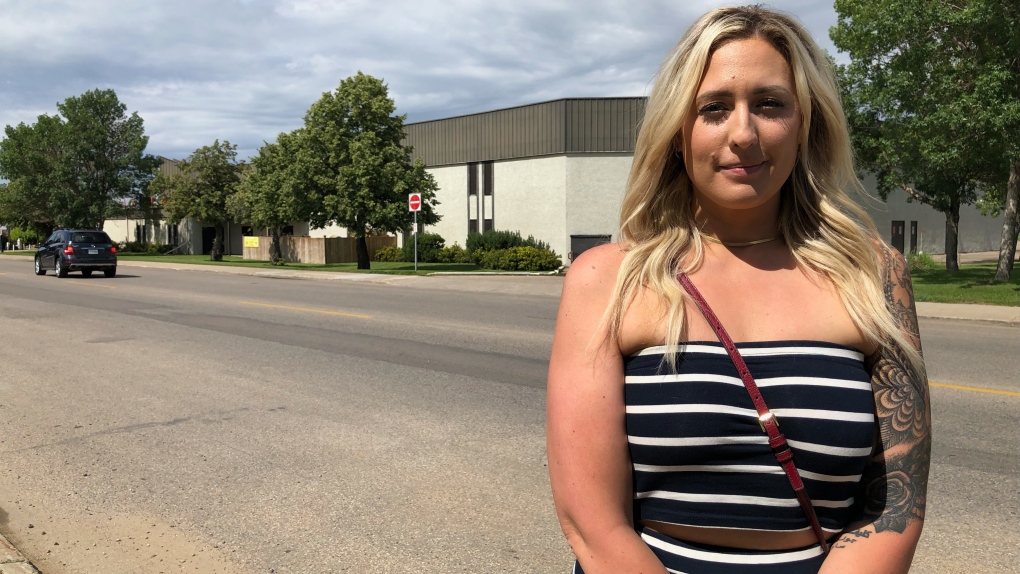 Caitlin Erickson stands across the street from a Saskatoon Christian school were she says she and others suffered physical and emotional abuse. (Pat McKay/CTV News)

Erickson played on the volleyball team with sisters Stefanie and Christina Hutchinson, and on one occasion says the entire team was paddled after giggling during a church service that featured a special guest speaker.

"That following Monday at school the whole volleyball team was brought in," said Erickson.

"The director at the time sat down and just looked at us and drummed his fingers on the stage looking at us, we had no idea what was going on," said Stefanie Hutchinson.

"Apparently he was furious, and started yelling at us for the disruption we made, disrespecting the man of God and making our pastor look terrible, and 'This does not reflect well on the church.'"

"He lined us all up and corporally disciplined all of us as we could hear each other getting disciplined, and it was very traumatic," said Erickson. "Our coach stood there and watched the whole thing."

A Supreme Court of Canada decision in 2004 effectively outlawed corporal punishment in schools.

Christina Hutchinson says when she was eight years old, her teacher called her to the front of the class to say a prayer.

"I became so shy and paralyzed with fear that I refused and said no, and afterwards she came and got me and sat me on her lap, and she held me super tight and she'd rock me and speak in tongues," she said. 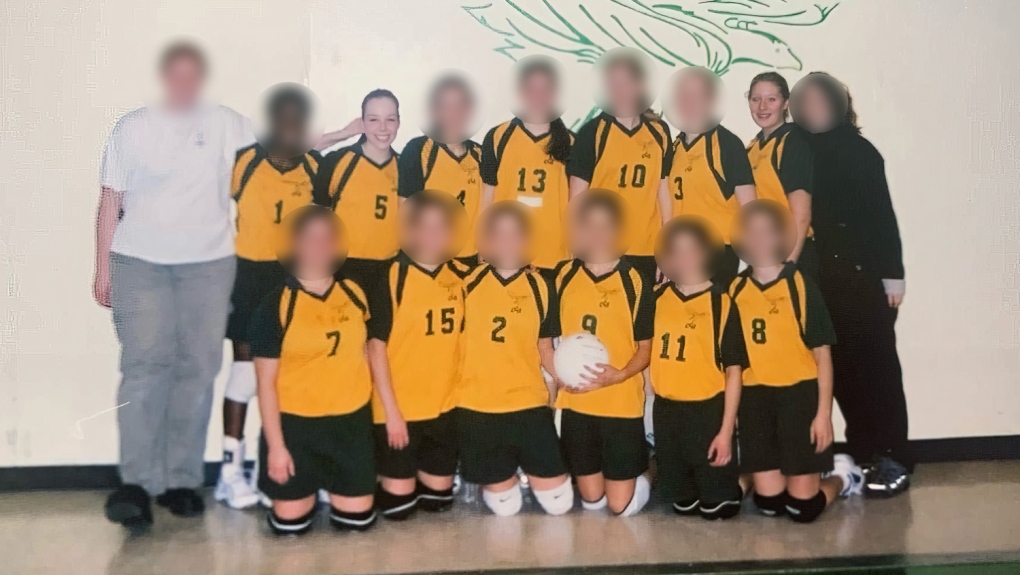 "That was for a week and I just remember crying and crying and wondering 'Why can't I go outside and play with my friends during the break, why am I stuck inside with this teacher and she won't let me go?'"

Hutchinson says she later found out it was because the teacher was worried she was possessed by a demon.

"The thing about a place like (that) was there was always an underlying current of fear," she said.

In a statement, the Saskatchewan Ministry of Education said it was made aware of the police investigation in June.

"It is our understanding, based on the accounts contained in the letter, that these allegations are in regards to incidents that took place in the 2000s." 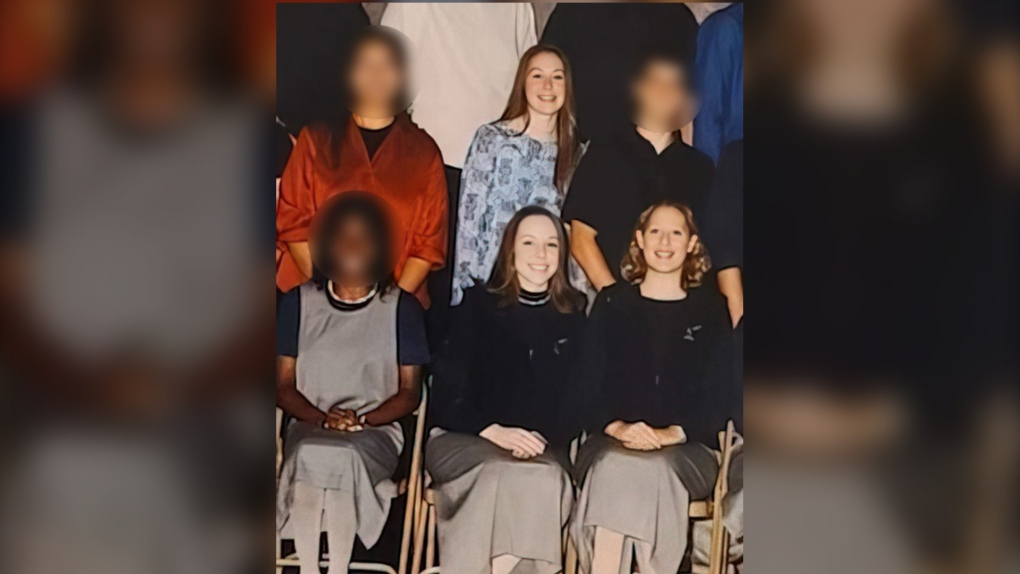 "Since (Legacy Christian Academy) began receiving provincial funding, no complaints have been registered with the ministry against LCA and no irregularities have been found during routine inspections."

The ministry said it takes "all allegations or complaints seriously" and any QIS is monitored closely with teachers "supervised a minimum of three times per school year as well as being required to submit course outlines, individual lesson plans and yearly plans."

The ministry said any allegations it learns of that are criminal in nature are referred to the appropriate legal authorities.

Saskatchewan's NDP opposition says it wants the school's funding paused in light of the allegations.

"We must also immediately conduct an investigation into how these allegations were handled by the minister and the Ministry of Education, and we are also calling for a freeze to the funding of this school while that investigation is conducted," said NDP education critic Matt Love.

The school's former students say they're speaking out now so others don't have to go through what they did.

"We always really impressed people. When politicians came to watch us sing and perform we were like the best students in the world, so the school looked great," Stefanie Hutchinson said.

"It's not like they were flashing these paddles around and being like, 'This is how we keep these kids controlled,'" she said.

"We put on a show because we were terrified."