SASKATOON -- Julie Dell believed a long-term care home would be the right place for her 63-year-old father who has a degenerative disease called Progressive Supranuclear Palsy (PSP) — a debilitating brain condition.

That changed when his care home became the site of a COVID-19 outbreak last month.

“We put him into this home hoping it would be the safest place for him, only to realize that now, it’s the most unsafe place for him to be,” Dell said.

Her father, Allan Dell, moved to Luther Special Care Home in Saskatoon at the end of July and now she is trying to get him out.

As of Wednesday, LutherCare Communities said 27 residents and 23 staff are infected with COVID-19 and seven residents have died.

Another outbreak is now suspected in a separate unit after a staff member tested positive.

Dell said that’s the area in which her father stays and she worries that if he gets it, it could be fatal.

“I want him here as long as possible. I don’t want COVID to take him,” she told CTV News. 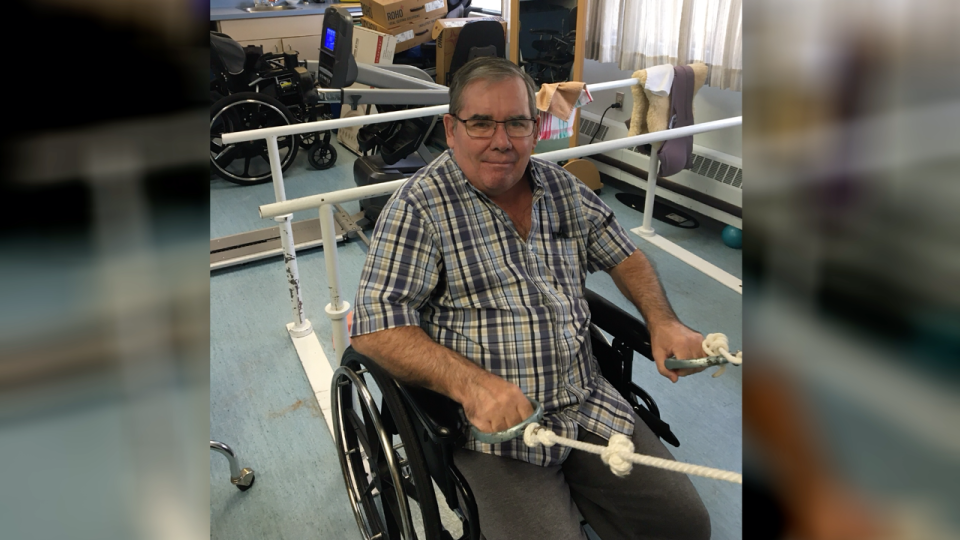 Before the outbreak, Dell and her mother Lynn Conlon, Allan’s caregiver, would visit him for up to five hours every day to bathe him, feed him and help him with his physiotherapy.

They said they worry that being unable to see him, aside from over FaceTime, is causing his condition to worsen.

“He is slowly deteriorating so, my daughter and I are trying to get him out of that situation,” Conlon said.

While Conlon is not married to Allan anymore, she said it’s important to give people the best quality of care, even at the end of their life.

“I don’t even really have to be there because he is my ex-husband from 45 years ago, but he’s still a human being, he’s the father of my children and we need to give him as much dignity as we can for those last days. He deserves that. They all do,” she said.

Over the last couple weeks, they’ve been getting Conlon’s house ready for Allan so that she can care for him there.

However, Dell said there are various requirements that need to be met before that can happen, including having a hospital bed and easy access to a washroom and shower.

“We’re trying to get all of those things in place and it’s just really difficult. It’s possible but it’s difficult, and the most difficult thing we face at the moment is we’re racing against the clock,” Dell said.

LutherCare Communities said some government funding is available to help residents who wish to return home.

However, Dell said it won’t be enough to cover the cost of a stairlift — something her father needs due to his mobility issues.

So, the family has set up a GoFundMe page to help raise money for the device, which costs over $12,000.

Dell said she and her mother will do whatever it takes to keep him safe, even if that means carrying him up the stairs until they can get a stairlift installed.

“If you want your loved one to survive this, that’s what you have to do.”