The history of Dr. Alfred Schmitz Shadd, the first person of African ancestry to live in the territory that’s now Saskatchewan, is being shared virtually during Black History Month thanks to a museum partnership.

“He left such a legacy, it’s important that people know that,” said Melfort and District Curator Gailmarie Anderson.

“We discovered how important he was to our community and the development of our community, not only Melfort but the surrounding area.”

The biography and photos of Shadd are currently on display virtually on the Saskatchewan African Canadian Heritage Museum and Western Development Museum websites.

The Melfort and District Museum partnered with the museums to make the story of Shadd more widely available.

Over the course of several years, Garry Forsyth and others helped compile the biography of Shadd. He also consulted historians and Shadd’s relatives from Buxton, Ontario where Shadd spent his childhood. Forsyth also found information in archived minutes of Melfort town council meetings.

“He looked at where decisions were being made and got involved,” said Forsyth. “On town council, he was the one who got the sewer, the water, the power, the telephone all brought in that 10-year period.”

He says Shadd was instrumental in supporting efforts to bring the rail line and a grain elevator to the area.

“He pursued excellence in a big way but made sure everyone else got a share in it,” Forsyth said.

Shadd came to the Kinistino area from Ontario as a teacher in 1896, then returned to Ontario to study medicine and in 1908 returned to the area to practice medicine. He also owned a farm and started the first drug store in Melfort.

Shadd married Jeannette Simpson and had two children. And in 1910, Shadd was elected to the Melfort town council.

Shadd died March 9, 1915 at the age of 46 from complications related to appendicitis. He is buried in Mount Pleasant Cemetery in Melfort.

Laosebikan came to Melfort from Nigeria in 2004 and soon learned about Shadd’s legacy in the Kinistino and Melfort area.

A plaque outside the Melfort Hospital where Laosebikan works pays tribute to Shadd. Melfort also named a street after him.

“Interestingly he achieved so much in a very short amount of time that he lived,” Laosebikan said.

Laosebikan says Shadd’s story is an example to all people and the public should be reminded of it often, not just during Black History Month.

“The difference that Dr. Shadd made in this area of the world, in healthcare, in agriculture, in politics, in education. You can imagine what lies in each one of us,” said Laosebikan. 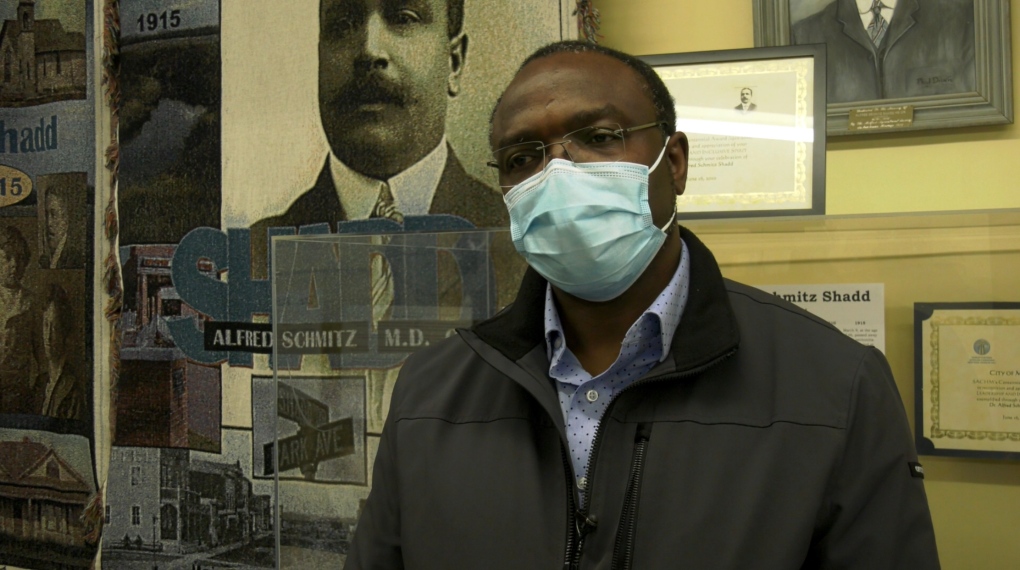 Laosebikan recommends that people take in the exhibit. He says he was personally inspired by Shadd’s biography and many accomplishments.

“To find out that he was the only person of colour in this part of Canada would have been much more of a challenge as well.”

The executive director of the Saskatchewan African Canadian Heritage Museum Carol Lafayette-Boyd says as a virtual museum, the story of Shadd and others is available 24/7, seven days a week to people to explore.

“It’s just important that all history becomes Saskatchewan history,” said Lafayette-Boyd. “It shows that we have an inclusive society.”

As Canada's RCMP marks 150th anniversary, a look at what it says needs to change

After years of reports and allegations detailing a 'toxic' workplace, Canada's RCMP says it is trying to evolve, focusing on diversity in its organization and repairing relationships with communities as it marks its 150th anniversary.

Once-in-a-lifetime discovery: Indigenous jacket that may be a century old turns up in small U.K. town

A solo exhibition at the Art Gallery of Ontario in Toronto is celebrating 50 years of David Ruben Piqtoukun's work. It features more than 60 pieces by the veteran Inuvialuk sculptor.

Majority of affordable homes approved under federal program not yet constructed

The federal government has set aside billions of dollars to quickly build affordable housing across the country, but delays in construction suggest many of the projects approved for funding are missing their deadlines.