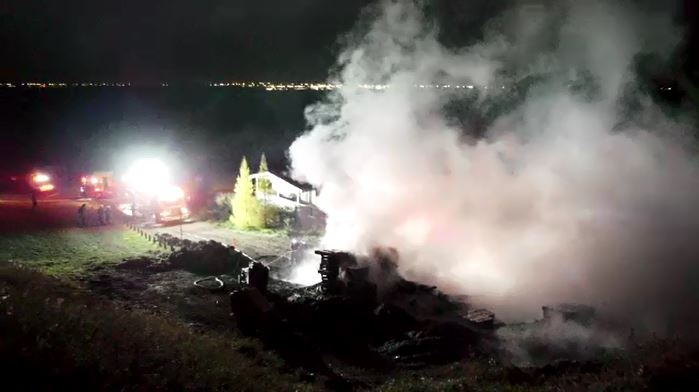 Fire crews were called to a garage fire on Pembina Avenue Saturday evening, around 8 p.m.

The Saskatoon Fire Department said about 40 pallets stacked next to the garage, created fuel to the garage fire.

About five fire trucks responded to multiple 911 calls about the fire in the River Heights neighbourhood.

Flames could be seen from Circle Drive, police blocked traffic on Spadina Crescent. 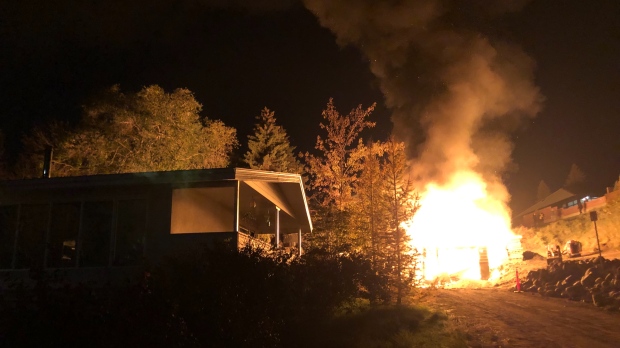 Crews were able to get the fire under control in 20 minutes, according to Battalion Chief Rob Hogan. Firefighters spent the next 40 minutes overhauling the pallets and extinguishing hot spots.

A fire investigator is working on determining a cause. There were no injuries, Hogan said.