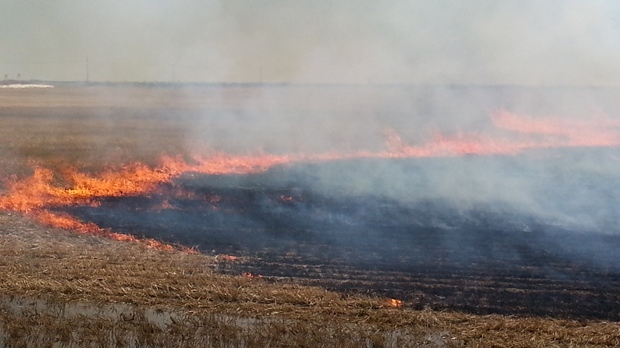 Fire crews continue to battle a blaze in the same area where a fire began Monday at the Canadian Forces detachment in Dundurn.

Officials from the base say it's the same fire that was sparked during a training exercise Monday afternoon and burned approximately five square kilometres.

The fire was thought to be out Monday night, but the dry land and a large amount of brush have made it difficult to completely extinguish.

Fire crews are making progress and the blaze has been contained, according to officials.