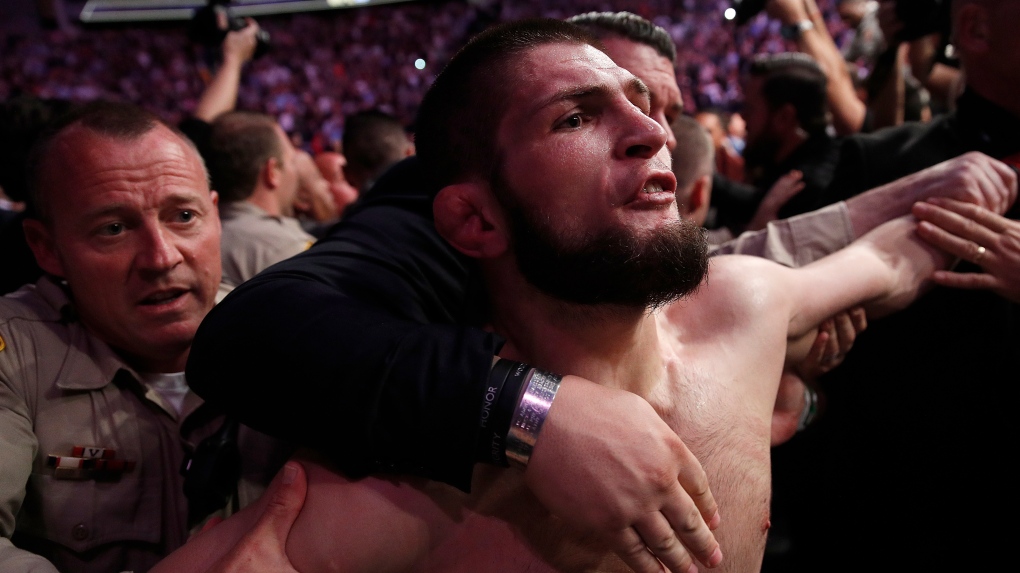 Khabib Nurmagomedov is held back outside of the cage after fighting Conor McGregor in a lightweight title mixed martial arts bout at UFC 229 in Las Vegas, Saturday, Oct. 6, 2018. Nurmagomedov won the fight by submission during the fourth round to retain the title. (AP Photo/John Locher)

The decision is due to national and provincial COVID-19-related restrictions on public gatherings and travel, according to a statement.

“UFC looks forward to returning with an event in the near future,” the statement says.

The UFC made its Saskatoon debut in August 2015 for UFC Fight Night 74 at SaskTel Centre.