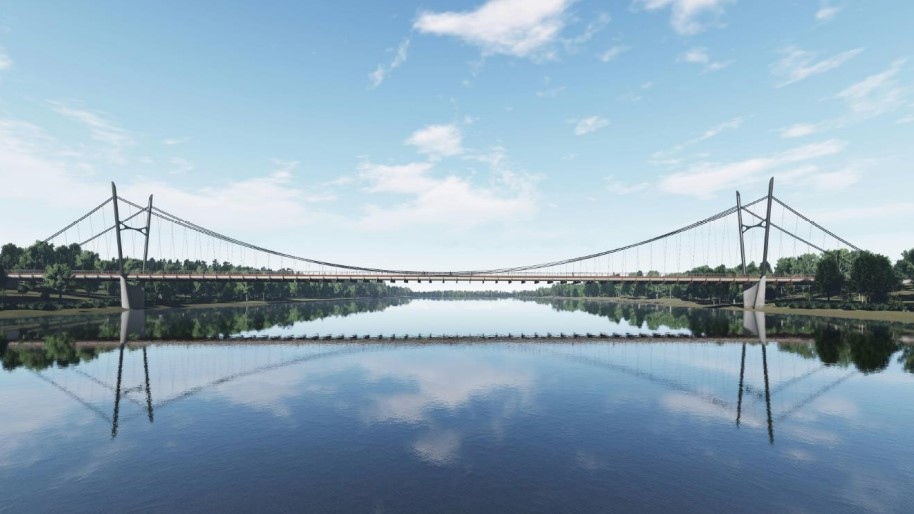 SASKATOON -- Members of the city’s transportation committee are questioning the need for a pedestrian bridge crossing to be combined with a new sewer line.

On Monday, a report from city administration was presented to the committee, which says a sewer line crossing the river is needed to connect future neighbourhoods in the northeast part of the city to the Wastewater Treatment Plant. But during the planning process, administration also identified an opportunity to combine an active transportation bridge for pedestrians and cyclists.

Administration estimates the cost of the sewer infrastructure combined with the bridge would be $25.1 million. An open cut sanitary sewer crossing with no bridge would cost about $16 million.

City administration did not make a recommendation to the committee, but brought forward the information for consideration.

“An active transportation crossing would support access from Evergreen, Aspen Ridge and future University Heights neighbourhoods to the major employment area in the north end of the city,” the report reads.

Jay Magus, the city’s director of transportation, mentioned to the committee there is a considerable distance between the Chief Mistawasis and North Circle Drive bridge. But he also said the additional pedestrian bridge may not save a lot of travel time for pedestrians or cyclists.

Councillors on the committee questioned whether there is enough demand for a pedestrian bridge.

“I get excited about opportunities for pedestrian walkways of this type. I’m not, at least at the moment, convinced that this is the best use of our opportunities. But I guess that could change,” councillor Cynthia Block said.

Mayor Charlie Clark said he will be looking for information on how much impact an active transportation bridge would have.

“I’m struggling to see how much demand would there be for people in Evergreen or in these neighbourhoods to get across to the neighbourhoods on the other side,” Clark said.

Clark also said there isn’t a clear picture of how dense the potential new neighbourhoods would be.

The city report says a list of prioritized transportation projects over the next ten years is being finalized and will likely be provided to City Council in the next few months.

When asked by the mayor when a decision would be needed, city administration said they would need to start the design work for the utility crossing in early 2021, with construction beginning in 2022.