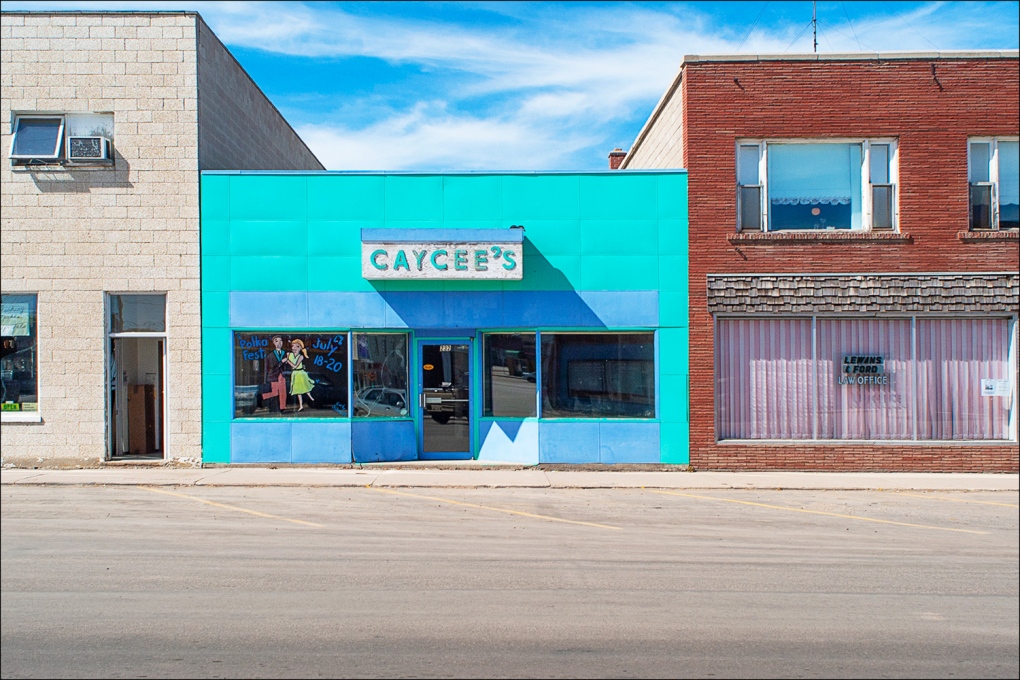 SASKATOON -- Alberta-based photographer George Webber's new Saskatchewan Book was decades in the making. Over 200 images are collected inside, gathered by the documentary photographer over the years. CTV Morning Live's Blair Farthing spoke with Webber about his inspiration for the book and why he finds Saskatchewan fascinating.

So going back to the very beginning, what inspired you to pursue this project?

Well, I've had a really close connection. I'm a small town, Alberta boy. And I spent a lot of years photographing, you know, the changing, disappearing small towns of Alberta. And I always figure Saskatchewan is our little brother, right? You know, we have great affection for the place. There's so many wonderful folks from Saskatchewan that live here. So about 33 years ago, I started spending a chunk of every summer, traveling around the province trying to capture some of the fine spare architecture and signage of the place before it disappeared. 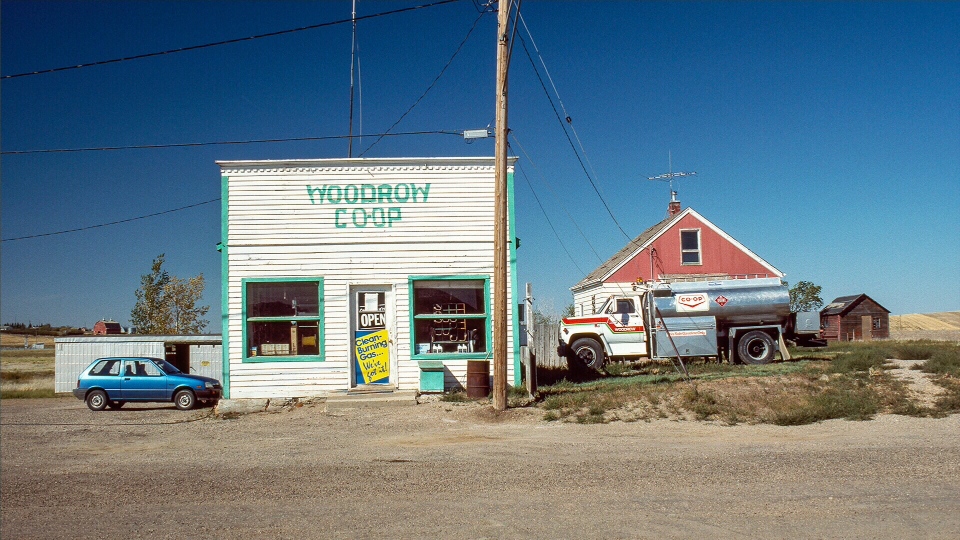 What were your travels like in Saskatchewan? I'm sure you saw a lot of cool stuff.

I did you know, and of course, you know, there's a beautiful backdrop to Saskatchewan. There's the space, the quiet the openness. So all of these little architectural artifacts that have been left behind, they really stand out, you know, they stand out against that wide open space. And that was also a part of what I was interested in, was trying to capture the interplay between the, you know, the natural landscape and the way that people entered into it over the years.

Several of your other works have had a narrative weaving through them telling a story with photographs, no, does this one do that as well.

You know, this is a this book is really more about, not about individual photographs, but a way that the photographs play off of each other. If you look at the book, Blair, you'll notice that there's, there's little themes. Themes based on a common colour, or a common design element, or sometimes the commonality in terms structure. What a particular type of building would have been used for like a, like a small store, a post office or something like that. So I think that the pictures sort of play off of each other. And really, I think, on some level hint, a little bit about the nature of the Saskatchewan character, self-reliant reticent, kind of tough in some ways. And I think it's a kind of a cumulative thing. When you look at the 200-plus photographs, you might look at them the way that an archaeologist might look at a site. It gives you lots of little clues that I'm inviting each person that looks at the book to put together individually. 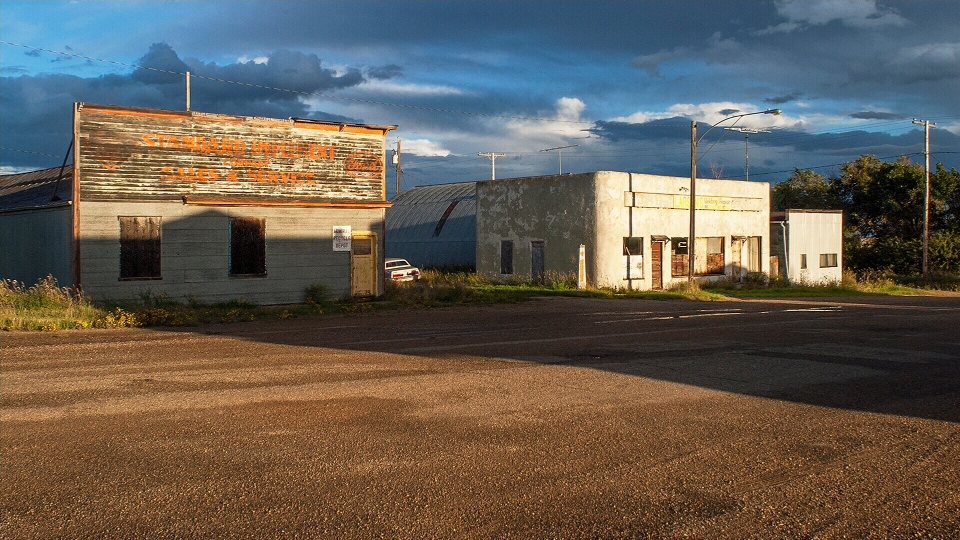 All right, very cool. And this was not a quick project, obviously, these towns are very spread out. It took you over 30 years to put this together?

That's right, you know, it just became a part of my summer, every year. I would spend time photographing, and, you know, the photographs were tucked away, and binders and boxes and hard drives in the basement. And a couple of years ago, I was talking to my publisher and said 'You know, I think I might have something here. Why don't we have a look.' Sure enough, with some editing and reviewing what we had, we find some some telling and beautiful photographs about the last 33 years of the province's disappearing architectural history.

Do you have any favorite memories from the project? A photograph or location that stuck out?

Well, again, it was just it was the place. But let me let me just give you a brief quote here if I could. I know a very well-known that Calgary senior project manager who's from Saskatchewan. And she said, quote: 'I thought Saskatchewan was ugly and unremarkable when I was growing up, but the longer I stayed away, the more I pined for the landscape. I'm sending a Saskatchewan book to a friend of mine from Fox Valley, who has been living in Vienna for decades. I can't wait for her to see home through your lens. Thank you for such a beautiful art.' I think there's something about the the attachment that people have to the place. You know, there's somebody this morning in Vienna, looking at this book, there's a woman in Calgary who, you know, it means the world to her, the dearness, the connection, the geography of your wonderful province. 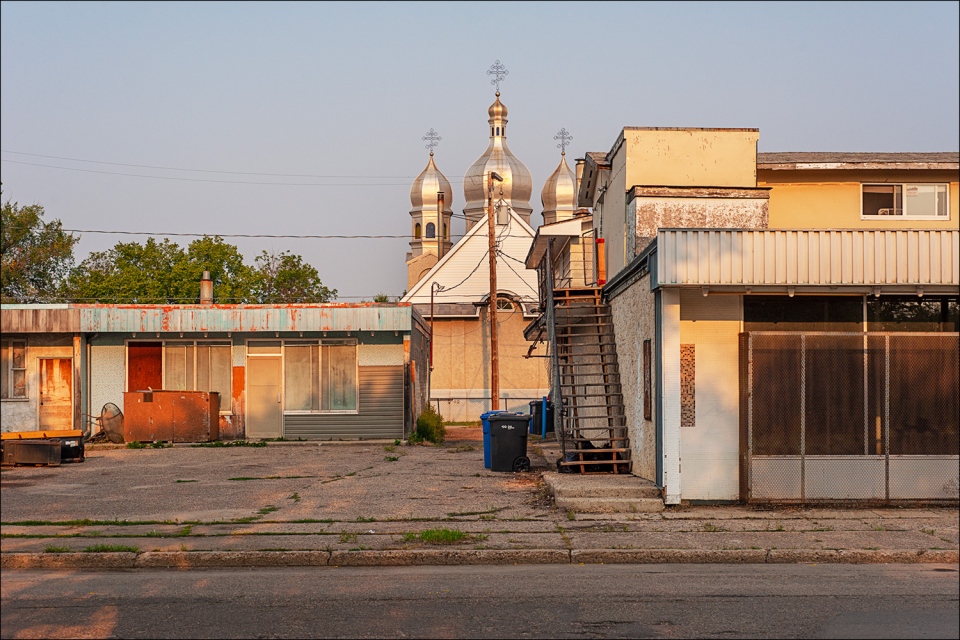 Yeah, absolutely. I'm sure a lot of people that have moved away from Saskatchewan, this is something that they'd really enjoy, a little slice of home. We are getting into the holiday season, where can people grab the Saskatchewan Book if they want to gift it?

Well, you know, it should be available at all of your local bookstores. Of course, we're in a time where we're really encouraging people to buy from local bookstores, they should either have it in stock or be able to bring it in for you. It's widely available on any of the sites like Indigo, Amazon, you know, anybody who does any kind of online selling, but consider stopping in at your local bookstore and asking if they have a copy or if they can get one for you and I'm sure they'd appreciate that.