Check a restaurant's health violations with this app 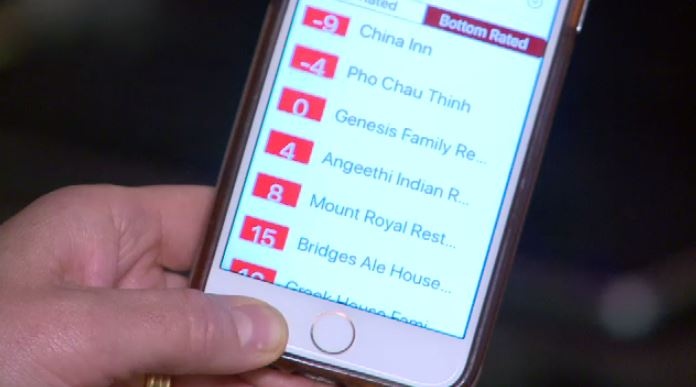 A new app is making it easier to get dirt on Saskatoon restaurants.

The app creator, Egor Philippov, who lives in Vancouver said the score is calculated based on the number of health infractions the restaurant has.

The free app rates food trucks, confectionaries, fine dining and fast food restaurants on a one hundred point scale. The app changes the score based on new inspections and a restaurant can improve it's ranking over time.

Some restaurants have a perfect score while some are in the single digits and even below zero. The lowest ranking is currently minus-48.

"Not all of the public know that all restaurant health inspections reports are public knowledge and so now with this app, it's at their fingertips and people can see what it is that they're going into get," John Costanzi, general manager of Shift Restaurant tells CTV News.

In Saskatchewan, Tomati is available in Regina and Saskatoon.