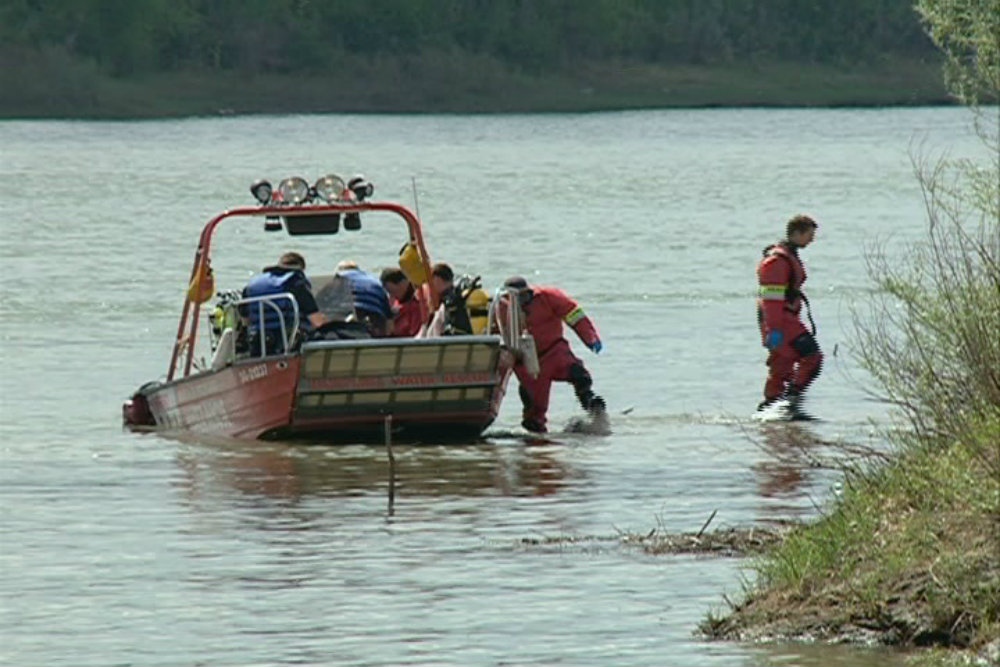 Rescue teams found a male body floating near the west bank of the river on Tuesday.

A body was found in the River Tuesday in Saskatoon.

The Saskatoon Fire and Protective Services water rescue team was called to the South Saskatchewan River just before 11 a.m. after receiving a call from canoeists who claimed to have spotted a body floating north of the CP Rail bridge.

A search team located the body of a male near the west bank close to the Circle Drive Bridge. Once they had permission from the police major crimes division the water rescue team retrieved the body from the river.

Saskatoon police said they know the identity of the deceased, however they need confirmation from an autopsy and fingerprints. Both are scheduled for Wednesday.

Police said they do not suspect foul play.