After a rocky morning for parents, Sask. COVID-19 vaccine booking 'up and going again'

On the first day of expanded booking for kids' COVID-19 vaccine appointments, Saskatchewan's online and telephone booking systems struggled to keep up.

On Monday, the provincial government announced that booking would open on Tuesday for kids aged five to 11.

However, as of 8:10 a.m. Tuesday morning, the system was down, according to a tweet from the Saskatchewan Health Authority (SHA).

Service was restored as of 9:00 a.m., the health authority later tweeted.

The surge in demand led to headaches for parents trying to book an appointment at a time of day when many are trying to get their kids — and themselves — out the door. 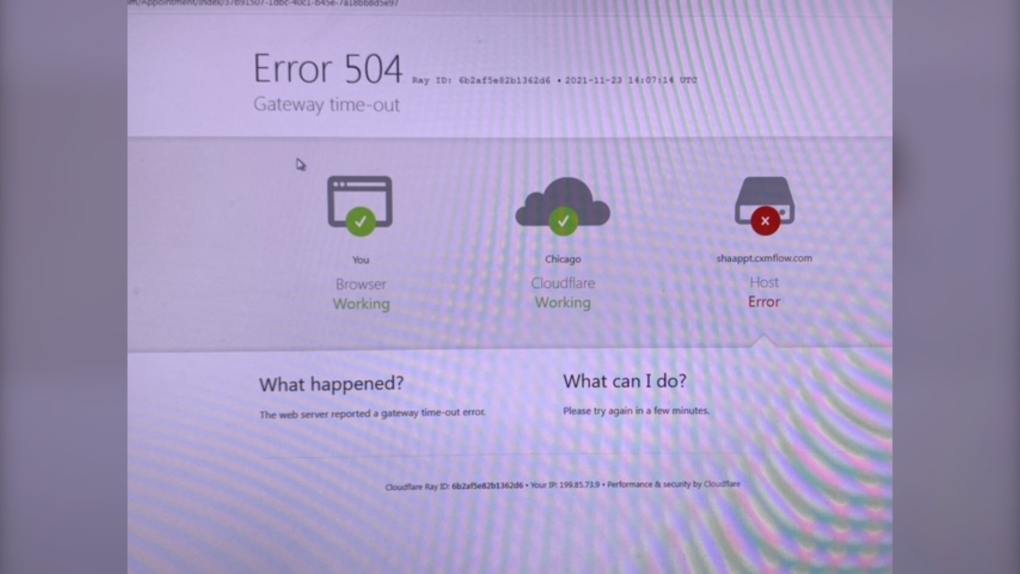 "The server timed out five times. I will try again later, just like everyone else," Don Sparrow wrote on Twitter.

That made for a chaotic morning," later Sparrow told CTV News. His three kids are aged five, eight and 10.

“I just had no luck. was trying to different browsers and my phone and different things but every single one timed out and I got to the final click a couple times and then it said that appointment is now missing."

He said once he arrived at work, he was able to book an online appointment.

"SaskVax is having technical issues as well this morning. (Please) stay on the line until the end of the recorded message and press one to receive a call back," the SHA said in a tweet sent before 10 a.m. Tuesday,

The message was in response to a Twitter user who said she was being greeted with only silence when she called the number.

In a follow-up Tweet, the SHA said both the phone and online service were "operating normally" by 11 a.m. Tuesday."

"It's been resolved and the system is operating now as expected … we were working together with the vendor (and) don't anticipate that problem to happen again." Sheila Anderson, the SHA's executive primary health care director for Regina., told reporters during a previously scheduled teleconference.

"I would encourage people to continue to book into that system. If you did have problems this morning. Please try back again, Anderson said.

Anderson estimates the site was down for about 30 minutes and acknowledged some callers to the SaskVax heard "dead air" instead of music while on hold.

She said the phone line issue has been resolved as well.

Even with the technical hiccups, Anderson said more than 9900 appointments were booked with still more than 40,000 placements available.

"I certainly would want to apologize on behalf of the SHA for the inconvenience that it caused this morning," Anderson said.

"(It was a) really exciting morning for many parents and caregivers and guardians who wanted to book their loved ones in so apologies that the system wasn't operating as expected."

Anderson attributes the problem to "increased traffic" and said the system goes through a "really rigorous testing process" and teams were up early this morning testing again.

"We've been putting out some additional information out on our social media channels, etc. To make sure that people know that, that it's up and going again."

With files from Carla Shynkaruk.