SASKATOON -- If it seems like you are dealing with more ants this year, you are not alone.

Staff at Early‘s Farm and garden say they get about 100 customers a day to there store looking for ways to get rid of the bugs. The reason there are more ants according to Cory Confrey is that it has been a fairly dry year up until now. That means ants are seeking food and water.

“One in five customers coming into the store daily right now, have an ant issue,” Confrey told CTV News.

He said it’s not unusual to cycle through a year with an abundance of ants and the last time this happened was about 10 years ago. He says it’s not the ants that seem to kill grass, but the dirt and sand of the ant hills that do the damage along with the generally dry conditions.

If ants are too close to the foundation of a home, they tend to make their way inside. 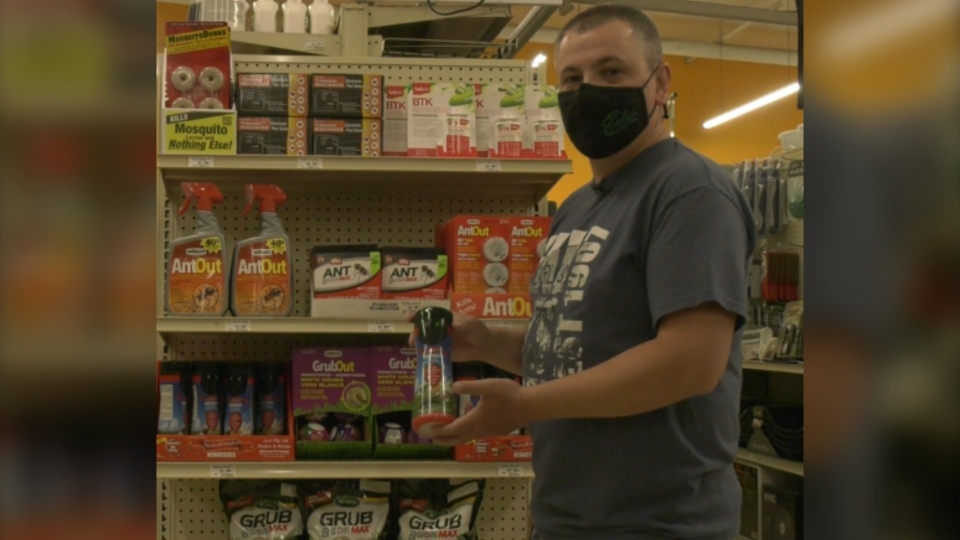 Sean Prager is a plant sciences assistant professor at the University of Saskatchewan and says, while ants that get into your home can be a nuisance, generally, there is only one of the 90 ant species in Saskatchewan that can cause damage.

The tell-tale signs that you have carpenter ants according to Prager, will be sawdust piles indicating they have been chewing wood.

“I don’t know how common they are this year, versus other years, but they certainly exist. They are weather-influenced. So if people are seeing more carpenter ants, that could be a function of different weather conditions. And again, that’s when the exterminators typically get called for that.”

Prager doubts the ant numbers this year are actually much higher than other years, but does say, because it’s dry, they are likely more visible because they are looking for moisture and food. He says, they are omnivores and eat everything from seeds to dead animals or insects.

Early’s has a number of products that can easily rid your yard and home of ants according to Confrey. He says, they carry sprays, slow-release pellets which work like a tapeworm, and they even have sound wave products which are supposed to deter insects from an area. They run from about $20 up to around $50.