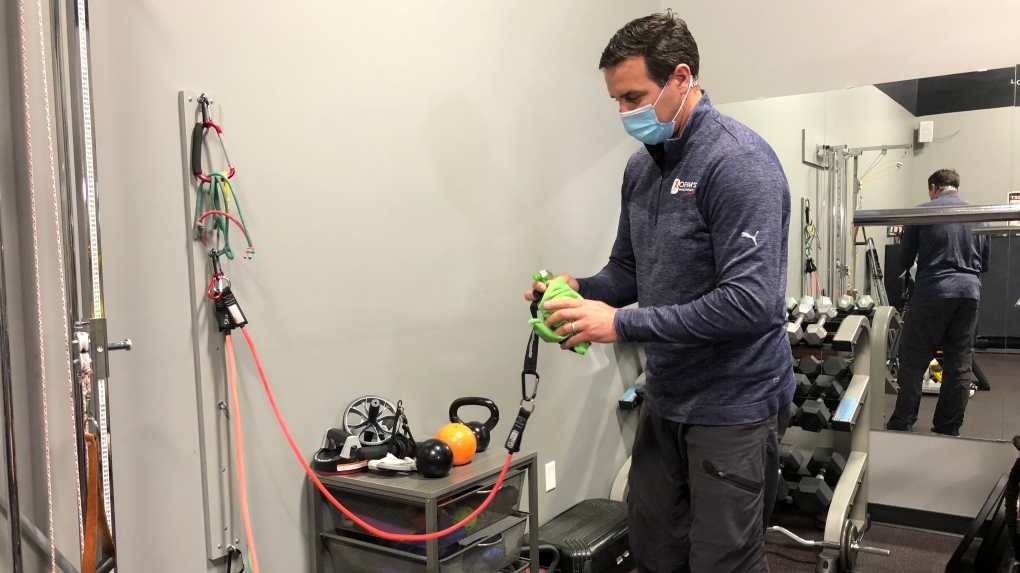 Boehm Physiotherapy in Martensville, Sask. reopened on May 4 as part of the province's phased approach to easing COVID-19 restrictions.

SASKATOON -- May 4 marks the beginning of phase one of the province’s Re-open Saskatchewan Plan, where medical services such as dentists, optometrists, physical therapy, ophthalmology, and chiropractic care will open to the public.

“Most of our schedule is full today, so it’s nice to see,” said Brad Boehm with Boehm Physiotherapy in Martensville. “I think people are happy to get out and do something, and do something for themselves.”

They’re taking several measures to protect clients and themselves from COVID-19, like wearing masks, disinfecting and sanitizing surfaces, and taking the temperature of anyone who enters.

“Truthfully we were doing a lot of this before, but now it’s just more formalized,” Boehm said. “Including taking temperatures at the door, taking our temperatures. Just making sure that anyone who comes into the clinic to either work or get treated is safe.”

Mackie Physiotherapy in Saskatoon is doing the same.

“The protocols and the procedures are extensive, in order to keep as clean an environment as possible so everybody’s safe,” said owner Blaine Mackie. “We’ve got protocols for hand washing, for bathroom cleaning, for disinfecting, for the beds, the laundry has a protocol, the patients have a protocol coming in.” 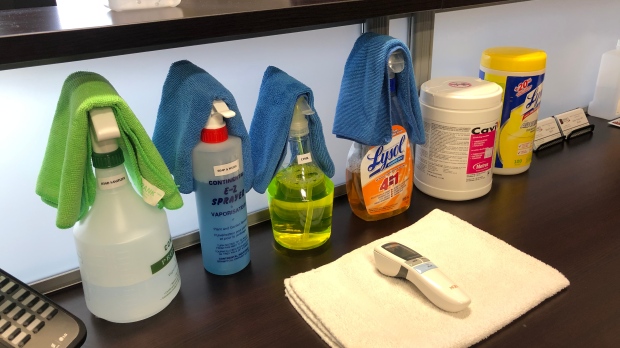 Much of physiotherapy requires hands-on interactions with clients, which is why Mackie says they’re keeping as clean an environment as they can.

“We’re one on one the whole time,” he said.” We’re lucky in a sense that we have rooms, so we’re delineated from everybody else, we’re not with anyone except our patient, so it’s a one on one. And that’s one of the reasons we have our patients wear masks, it’s not mandatory according to the policies right now, but it’s just a little bit of an extra barrier between, to give us that next level of safety.”

As some of the first businesses in the province to re-open during the COVID-19 pandemic, Mackie and Boehm know that a lot of attention is going to be paid to their operations, as different levels of government determine whether or not it’s safe to continue the re-opening process.

“Is it scary? Yeah, it is scary,” Mackie said. “Because this has taken the world by storm, and that has resulted in us stopping a lot of our natural things that we do every day. So I think the better we do as a community right now, and a society, the easier it’s going to be, hopefully, to ease into going into phase two, phase three, phase four, for some normalcy.” 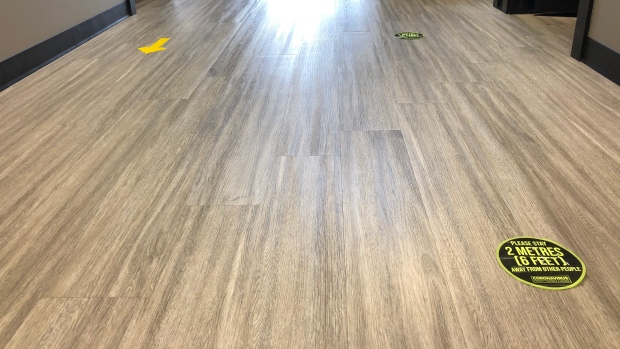 Boehm believes his sector is the right one to lead the way in re-opening the province.

“Given that we are caregivers, it doesn’t surprise me that we’d be given a chance to get back in,” he said. “And being medically trained, we know how to keep things safe and professional, and also be able to perform the job that we need to do.”

“Looking after ourselves, making sure we don’t have any fevers or anything, I think if we’re doing that, we’re going to win the battle.”

“Phase one for all the physiotherapists, and the chiropractors, and the dentists, if we can do a really good job phase two has a better chance of opening, to get the community back rolling," he said