A Saskatoon man has captured and shared a very Canadian video of a beaver standing underneath a Canadian flag near the city's Meewasin Trail. 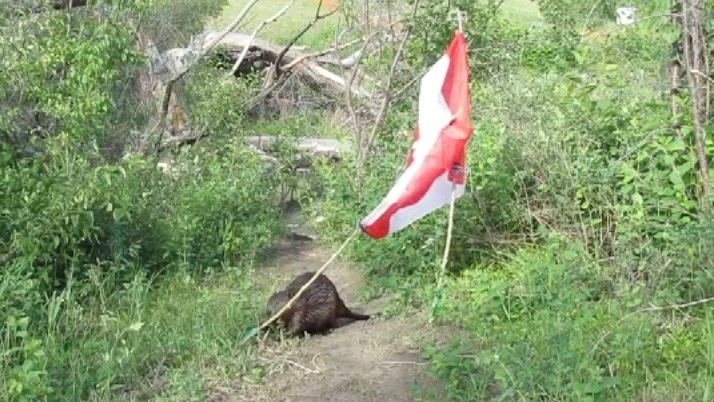 Mike Digout has captured a one of a kind video of a beaver standing underneath a Canadian flag near the Meewasin Trail. (Mike’s Videos of Beavers/YouTube)