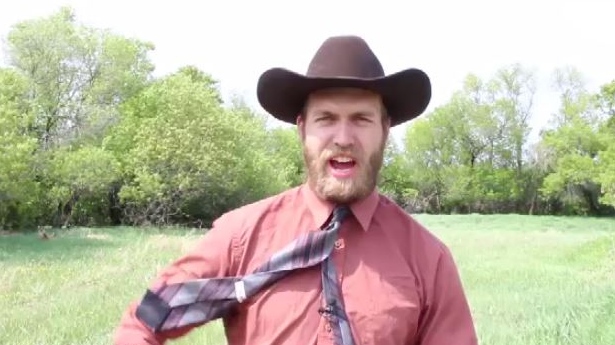 Travis Patron is a leader of the Canadian Nationalist Party. (Screenshot)

An online video posted by a Saskatoon leader of a right-wing extremist group has the Jewish community worried about the spread of hate.

“The concern is especially pronounced when you realize that this online radicalization can have real world consequences as you’ve seen in Pittsburgh and the Christchurch mosque massacre and Quebec City and elsewhere so Canada isn't insulated from this,” said Ran Ukashi, national director, league of human rights at B'nai B'rith Canada.

“So we see these kind of attacks happening throughout out the Jewish community and other communities throughout the world.”

Travis Patron is the leader of the Canadian Nationalist Party, a right-wing nationalist group hoping to secure a party spot in the federal election.

In the video Patron does not reference a specific racial group, but does use the phrases "these people," "parasitic tribe" and "black sheep."

Patron then calls for the group he's talking about to be removed from Canada.

The Canadian Nationalist Party was founded in June 2017. Since then the party has been trying to run federally.

According to its website, Patron is the only candidate across the country to attempt to stand for nomination to be a Member of Parliament.

RCMP are aware of the video and say they are looking into it.

CTV News has reached out to Patron for comment.