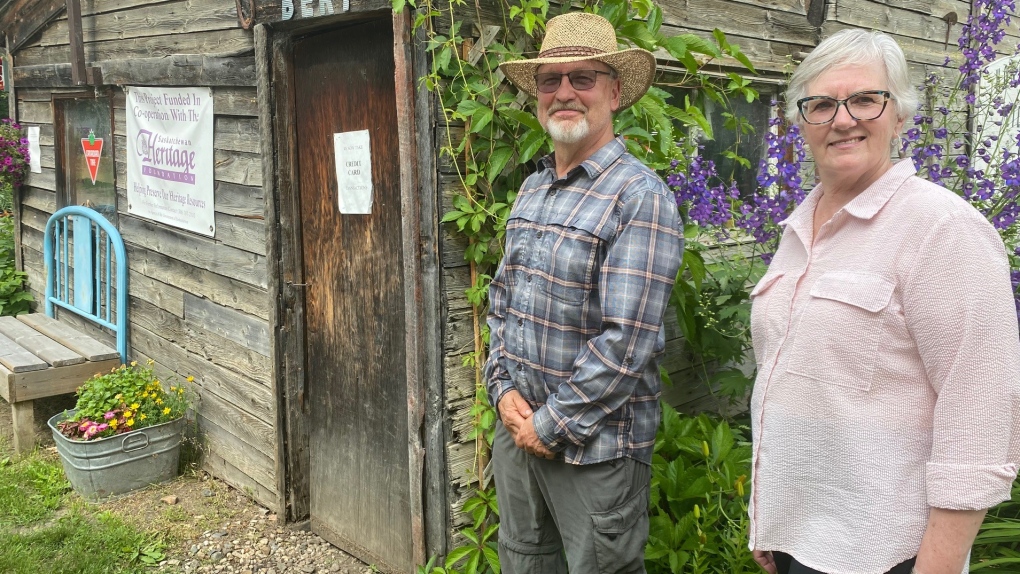 A Saskatchewan heritage site is hoping to attract more visitors to tour the grounds.

“It's an oasis in the middle of Saskatchewan. It’s our Butchart Gardens,” said Honeywood Heritage Nursery manager Dale Kuhn.

The site is located roughly 65 kilometeres southwest of Prince Albert.

Honeywood explains the history of pioneer plant breeder A.J. (Bert) Porter who founded the nursery in 1934 and dedicated his life to lily breeding.

He developed many hardy fruit trees and berries that could withstand the cold prairie climate. Many of Porter’s creations were sold commercially and are in yards and orchards across the prairies today.

“We do get a lot of people who are interested in the history of the place and others who just drive out here to take pictures or buy a few flowers,” Kuhn said.

Visitors are invited to walk or drive through the property. The site is open to the public seven days a week from May 14 to Sept. 20.

Kuhn is training to take over from retiring manager Judy Harley who has had the job since 2001.

Harley says when she began the buildings were in disrepair and the gardens and trees were overgrown.

The homestead and grounds were slated to be plowed into farmland in 1999 until it was bought by a group of concerned citizens from the area.

“Right away we tried to figure out what we were going to do to keep this going,” said Harley. “We started with a small little lawn mower and some poor equipment and it just grew from there.”

The group set out to preserve the property as a piece of Saskatchewan's horticulture heritage. Today, more than 60 cultivated acres of the 80-acre property have been restored.

The site depends on private donors, grants and fundraising events for income.

Harley says the nursery has one person who annually donates funds to help pay some of the wages and Prince Albert Canadian Tire owner Malcolm Jenkins is also a major donor. He supplies the business with annuals and perennials and buys lilies from the nursery. A special lily garden at Honeywood is named in honour of Jenkin’s late wife, Melba.

“It’s a piece of history and quite a collection of plants and trees,” said Harley.

Porter grew up in the area and started selling fruit trees when he got married to supplement his income. When clients had to cancel their orders due to the start of the Great Depression, Porter planted them.

Porter also began Honeywood Lilies in 1956. He employed local people to sell and ship lily bulbs around the world.

“They would clean the dirt of the lily bulbs with toothbrushes to ship them out of the country,” said Harley.

Porter developed about 35 types of lilies and worked with other Saskatchewan lily breeders to launch 64 new types.

He was one of the founding members of the Prairie Lily Society and Saskatchewan Fruit Growers and was a respected member of the International Lily Society.