Saskatoon's largest solar farm goes ahead with installation planned for 2022

Saskatoon's largest solar farm goes ahead with installation planned for 2022 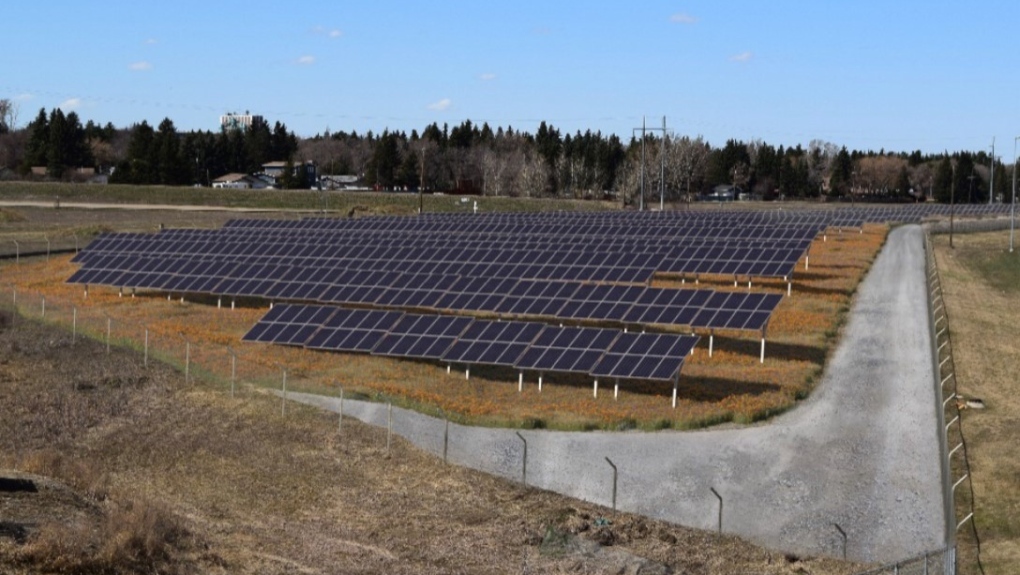 An artist's rendering of the Dundonald Avenue solar farm expected in 2023. (City of Saskatoon)
SASKATOON -

The City of Saskatoon is expecting to install its largest solar farm ever with the capacity to power 330 homes.

On Monday, the city’s environment committee unanimously voted in favour of moving ahead with the project, which calls for the installation of 5,000 ground-mounted solar panels, to be installed on a 13-acre piece of land between Dundonald Avenue and the on-ramp to Circle Drive South from 11th Street West.

According to the city’s administration report, the design and installation of the solar farm will occur in 2022 with the solar farm becoming fully operational in 2023.

The city said the solar farm will generate enough power each year to power 330 homes in Saskatoon.

The city expects to reduce its greenhouse gas emissions by 450 tonnes per year, the equivalent to 97 cars.

“This will be the largest continuous solar installation in Saskatoon,” said Trevor Bell, director of Saskatoon Light and Power.

The cost of the project is pegged at $4.25 million with $2.5 million funded through the federal and provincial governments, the city said.

The project is estimated to have a simple payback period of seven years taking into account the federal and provincial funding, with annual savings of $300,000 expected over its 30-year life.