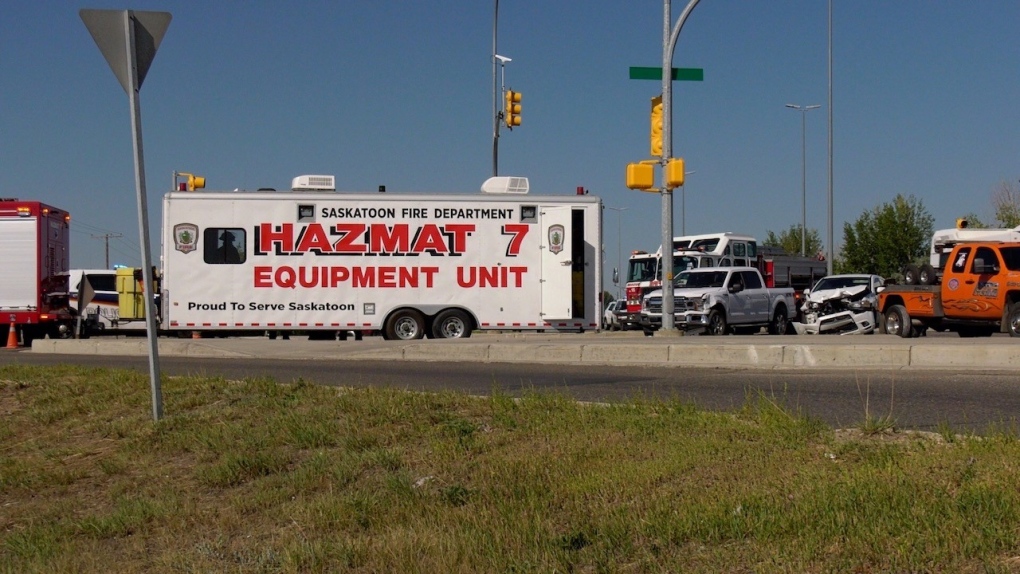 Police were called to the area around 10 a.m. and said the material was contained to the immediate area and there was no risk to the public, according to an SPS press release.

SFD said in an email there was a measuring device that contained Class 7 radioactive material inside an approved container in one of the vehicles.

Hazmat crews confirmed there was no leak of the material and did not pose a concern.

A representative from the company that owned the equipment also arrived on the scene and tested the equipment, determining it was not leaking, SFD said.

One person sustained a minor injury but declined medical treatment, according to SFD.