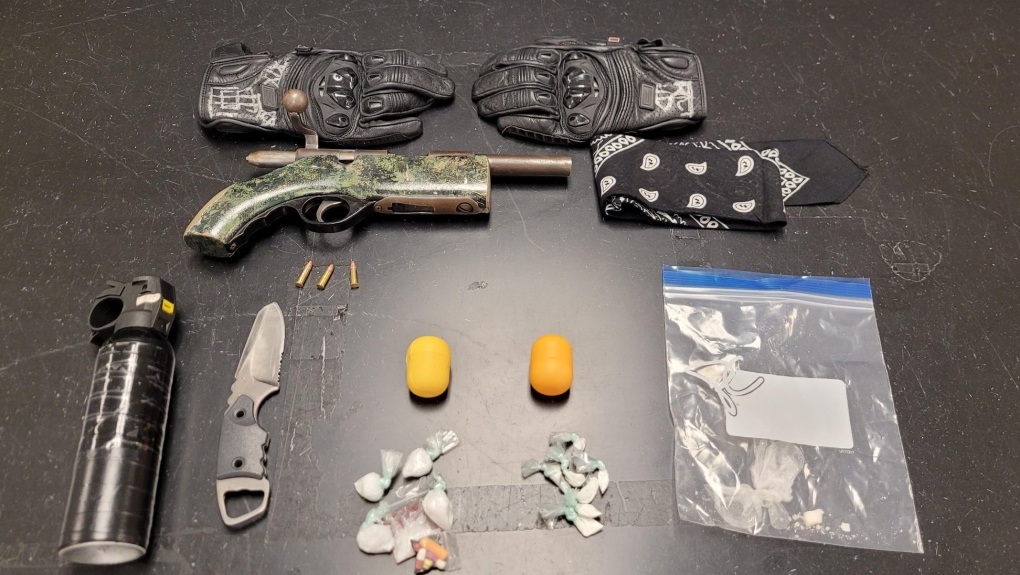 SASKATOON -- Saskatoon police arrested a man and a woman over the weekend following an alleged assault and robbery outside a convenience store.

On Sunday two people reported that they had been physically assaulted and robbed outside the store in the 3300 block of Fairlight Drive, according to a Saskatoon Police Service (SPS) news release.

The SPS general investigations unit identified two supsects and members of the guns and gangs unit later arrested the pair leaving a business in the area.

A man and woman, both 20 years old, were arrested without incident, SPS said.

The man was in possession of a sawed-off rifle and bullets, the woman had bear spray and a knife, according to police.

Both individuals were also in possession of cocaine, SPS said.