A non-Indigenous university student was greeted with bannock and gratitude as he stepped off a frozen lake on his way to the site of the former Timber Bay Children's Home.

B’yauling Toni travelled nearly 300 kilometres on snowshoes to draw attention to the survivors of the school, who were left out of the Indian Residential School Settlement Agreement.

The school was operated by the provincial government and is one of many across Canada the federal government does not recognize as a residential school.

“As a Canadian citizen, it’s so important that we give recognition to the genocide that happened in Canada,” said Toni.

His 10-day journey saw him sleeping in the bush along the road with only a fire and sleeping bag.

“There were some extremely cold nights. I was fortunate to have a very good sleeping bag,” Toni said.

This summer, Toni biked to 21 residential school sites in Saskatchewan to deliver a “forgotten pair of moccasins.”

He says made the trek to Timber Bay to draw attention to survivors' plight for compensation.

“I wanted to use my platform to elevate the voices of those people,” said Toni.

He was also named an honorary Woodland Cree by an elder. 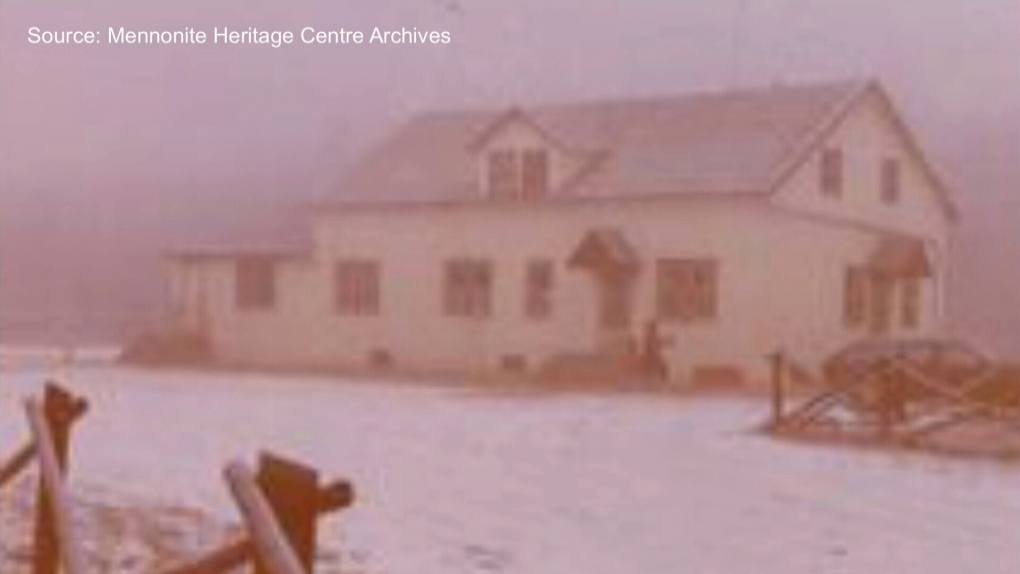 Yvonne Mirasty, a former student of the school, was there to meet Toni in Timber Bay. She says he’s renewed hope the students' case will be heard.

“He’s so incredible, very brave to do this for us.”

Mirasty, 60, says she was nine years old when she was first taken from her home on Lac La Ronge Indian Band to the school, which was run by the Anglican Church.

She describes a rigorous prayer and chore schedule with students punished for deviating from the rules. She says she and other former students endured abuse and lost their language and culture.

“Very traumatizing and it just mentally stays in you forever and your heart never heals, so no matter what compensation we do get money's not going to help us,” said Mirasty.

Prince Albert Grand Council (PAGC) says about 2,000 First Nations and Metis youth attended the school and stayed at the children’s home from 1952 to 1994.

The PAGC chiefs say Toni’s journey has inspired them to continue to lobby the provincial and federal government on behalf of survivors.

“We never gave up but sometimes we need that push,” said PAGC Grand Chief Brian Hardlotte.

Lac La Ronge Chief Tammy Cook-Searson made the first appeal to the federal government for the survivors' inclusion in the package in 2007. She also spoke with and provided legal documentation to former Prime Minister Stephen Harper about the school.

“We need to have students recognized and compensated for the harms that they suffered,” said Cook-Searson.

Many band members attended the school, including Cook-Searson’s older sister. She says when other residential schools were full, they’d get sent to Timber Bay.

The Timber Bay Working Group, comprised of former students of the Timber Bay Children’s Home, has also filed documents to have the home named as a residential school.

In 2013, the students lost a class-action lawsuit filed by Merchant Law group in Saskatchewan Provincial Court.

Students from Ile a la Crosse School in northeast Saskatchewan were also ineligible for compensation.