Saskatoon Hilltops kick off regular season with victory over Winnipeg

Saskatoon Hilltops kick off regular season with victory over Winnipeg 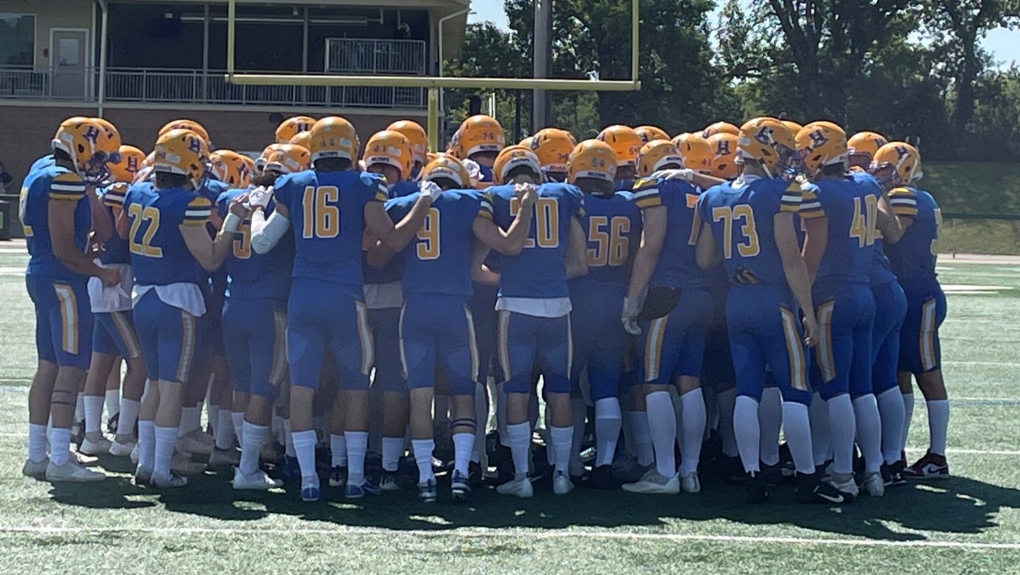 Hilltops gather after their 19-10 season-opening victory over the Winnipeg Rifles on Sunday. (Courtesy: Saskatoon Hilltops)

The Saskatoon Hilltops season opened Sunday with the team’s home-opener against the Winnipeg Rifles at Gordie Howe Park.

The Hilltops entered camp with a chip on their shoulder after losing a heartbreaking semi-final game against Langley last October.

The loss spoiled a run at seven consecutive national championships, and head coach Tom Sargeant said it was still on everyone’s mind during training camp.

The Hilltops gave up the first points of the game, a field goal in the first quarter, before responding with one of their own.

Both teams traded touchdowns in the first half, a three-yard Boston Davidsen run for his first major of the season.

In the second half, special teams became the difference as Hilltops rookie kicker Connor Green went four-for-four, including a 49-yard field goal in the first half.

The Rifles missed three of four field goals that would have tied the game, and they lost a crucial third-down gamble in the second half.

A key sack late in the fourth quarter sealed the game for the Hilltops as they cruised to a 19-10 home victory.

The Hilltops won’t have to pack their bags as they host the Edmonton Huskies next Sunday at Gordie Howe Park.

A day after post-tropical storm Fiona left a trail of destruction across Atlantic Canada and eastern Quebec, residents of a devastated coastal town in western Newfoundland learned of the fatality of one of their own.