Saskatoon garage fire leads to $25K worth of damage 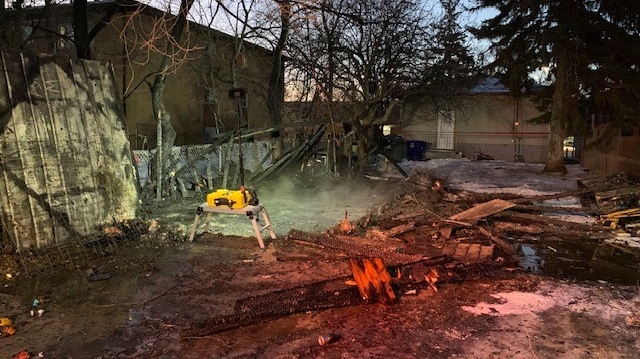 There were no injuries to residents of firefighters. (Courtesy: Saskatoon Fire Department)
SASKATOON -

The Saskatoon Fire Department (SFD) attended a fire that fully engulfed a garage Thursday morning in the 1900 block of 22nd St. W.

By the time fire crews arrived at the scene and by 5:12 a.m. the garage was “consumed by fire” to the point of collapse, a news release said.

SFD was able to bring the fire under control by 5:30 a.m. and the scene was later turned over to a fire investigator.

It was later determined the fire started in the inside of the garage, which wasn't being used for living purposes even though there was household furniture, the department said.

The cause of the fire is still unknown and the damage, including to neighbouring properties, is estimated at $25,000, the release said.

There were no injuries to residents or firefighters.