Saskatoon fire crews attempt to rescue pelican in the weir 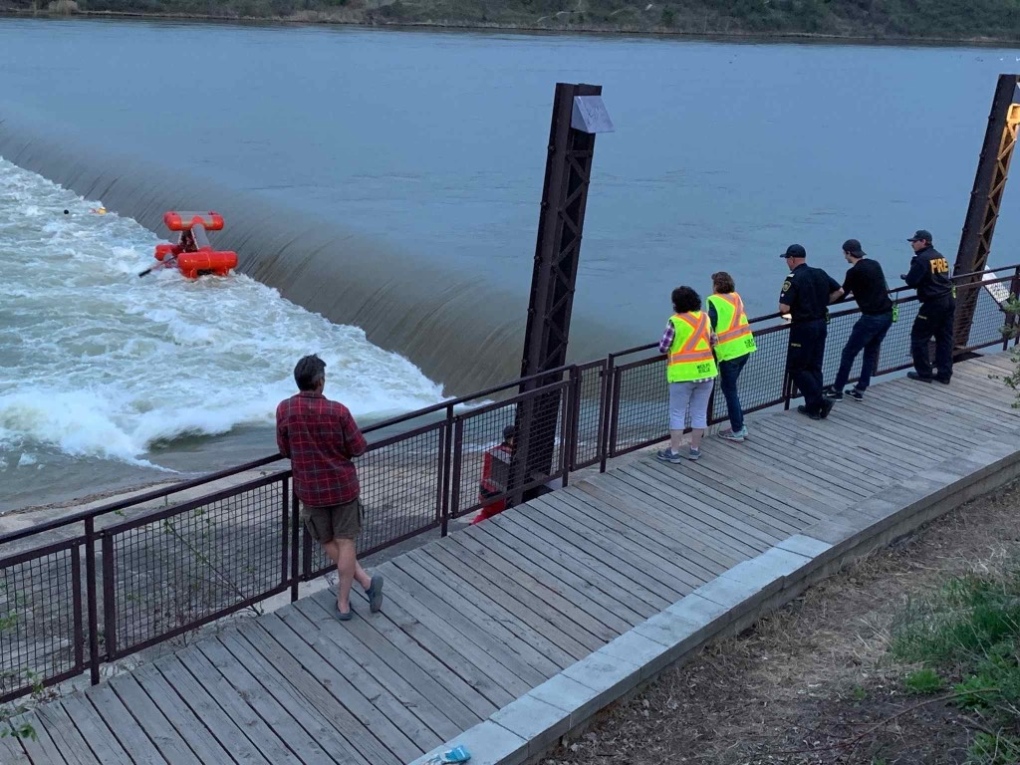 Saskatoon Fire Department attempts to rescue pelican stuck in the weir on May 17, 2020 (Ryan Fletcher/CTV Saskatoon).

SASKATOON -- Firefighters were called to the South Saskatchewan River Sunday evening to aid in the rescue of a pelican stuck in the city's weir.

Crews received a call around 8:22 p.m. at the request of the Wildlife Rehabilitation Society of Saskatchewan and responded with one fire engine, one water rescue unit, and one specialized water rescue craft.

The specialized water rescue craft, which is designed to operate effectively in unpredictable conditions, was sent out onto the river and then positioned near the weir, according to the Saskatoon Fire Department.

Fire crews said the pelican swam away when the rescuers approached, confirming that the pelican was not in distress or caught on anything in the water.

The fire department said it will continue monitoring the pelican's status in the coming days.