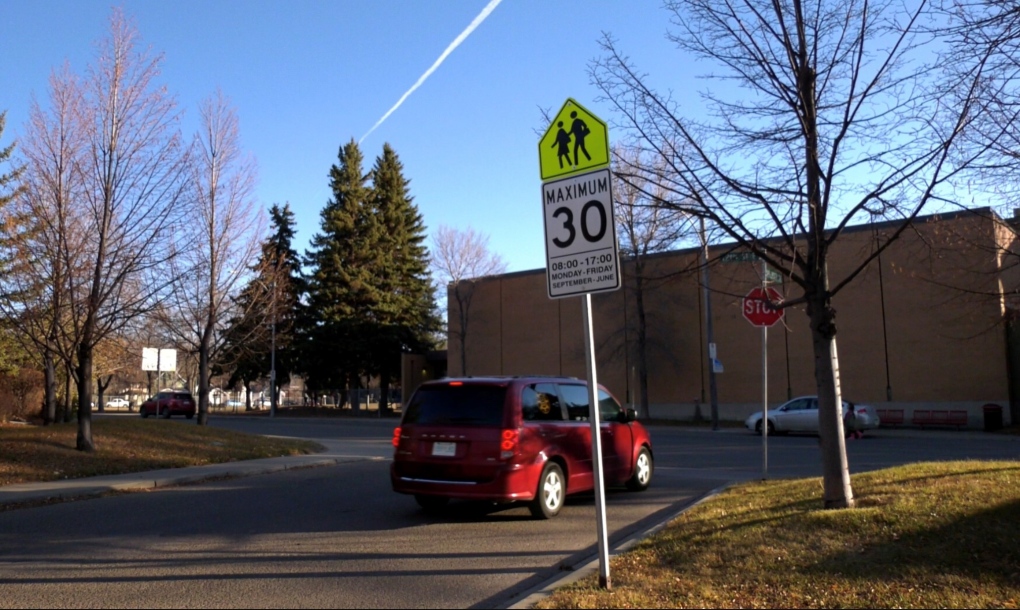 Saskatoon could soon extend the time school zones are in effect and introduce new speed limits for drivers passing a playground.

On Monday the city’s transportation committee approved recommendations from city administration, which would be implemented in 2022.

Jay Magus, director of transportation for the city, said children are on school grounds outside of the 8 a.m. to 5 p.m. timeframe in which school zone speeds are in effect, so it made sense to extend the school zone speed limits.

“Extracurricular and after school activities extend hours of use of the school, children access playground equipment at schools and parks throughout the year,” Magus said.

“This sets clear expectations for driver behaviour in the vicinity where children may be adjacent to the road.”

The city also recommends removing school zone speed limits from high schools and instead designating those areas as school areas with no reduced speed limit.

On top of the extension of school zone speed limits, the city’s administration recommended slowing drivers to 30 km/h in areas where a playground is adjacent to a street.

Playground speed limits would also be in effect throughout the year, seven days a week from 7 a.m. to 9 p.m.

Magus said playground zones would reduce risk of conflicts between vehicles and children, provide warning for drivers and require them to slow down.

The city said the signage required for these changes sits at $830,000.

In terms of speed zones for areas in the city with a high concentration of seniors, the city said it’s looking at traffic-calming measures and extending crosswalk times in areas with high pedestrian volumes.

The proposal will head to city council for approval.

More than half of Canadians say the pandemic negatively impacted their children: report

A new report has found that more than half of Canadian parents report 'negative impacts' on their children after two years of living through the COVID-19 pandemic.

Wyoming Rep. Liz Cheney, Donald Trump's fiercest Republican adversary in Congress, soundly lost a GOP primary, falling to a rival backed by the former U.S. president in a rout that reinforced his grip on the party's base.