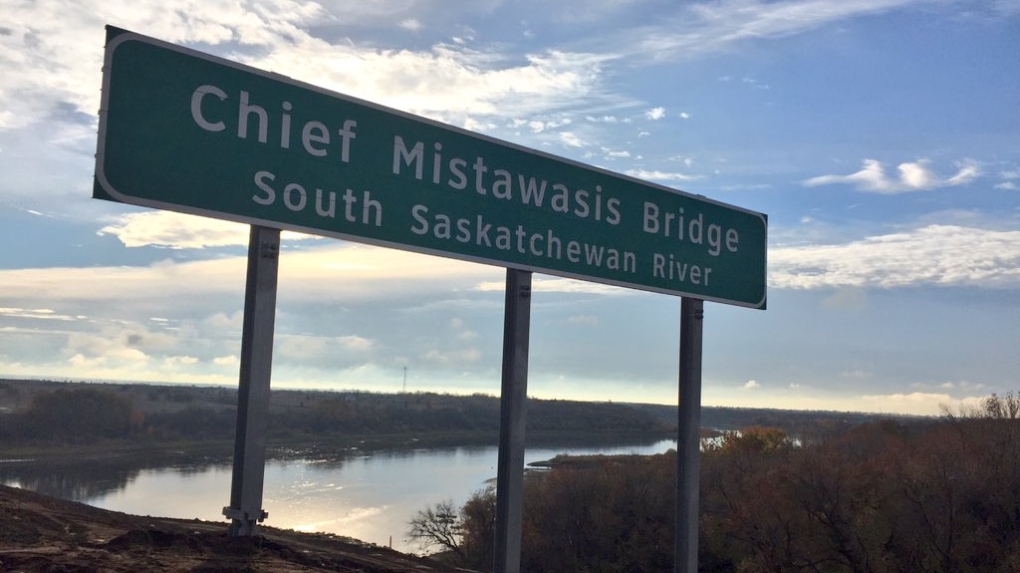 The opening of the Chief Mistawasis Bridge included a grand entry by Indigenous dancers.

“The naming of Chief Mistawasis Bridge provides a lasting legacy of hope and reconciliation for the community and a source of great pride for our children and generations to come,” Anthony Blair Dreaver Johnston, University of Saskatchewan School of Environment and Sustainability Indigenous Mentor and great-great-great grandson of Chief Mistawasis, said in a news release.

“Saskatoon is leading the way in reconciliation in this city, in this province and in this country we call Canada,” Mark Arcand with the Saskatoon Tribal Council told CTV News.

“The opening of these two new bridges is a huge step forward in creating a more connected community,” Mayor Charlie Clark said in the release.

“Both of these bridges are very significant for our city. The Chief Mistawasis Bridge is a key element for our future growth and success, and the naming of the bridge was a journey itself toward living up to the calls to action of the Truth and Reconciliation Commission of Canada.

“The Traffic Bridge reconnects a historic link between the two sides of the river for vehicles, pedestrians and cyclists alike. I would like to thank the federal and provincial governments for their funding that helped to make this happen in our community.”

For the Traffic Bridge opening, a community bridge party will feature a variety of cultural entertainment, food trucks and a bridge and project history display.

The federal government is contributing up to 25 per cent of eligible costs, the province is contributing $50 million toward the Chief Mistawasis Bridge, and the City of Saskatoon is funding the remainder.