A Saskatoon baker is rising to the occasion as she makes her debut on the Canadian small screen next month.

Tracey Muzzolini was chosen as one of 24 panel judges on the new cooking show, “Wall of Bakers,” set to debut on the Food Network March 28 where a crop of home bakers will compete in a series of competitions for a $10,000 grand prize.

“We give feedback to our staff, so I feel it's just part of the job,” Muzzolini said of the opportunity to be on the show as Saskatchewan’s lone representative.

“I feel like from the time I started filming to the end, I felt like I was improving and just being more comfortable.”

Baking is Muzzolini’s bread and butter. She was born into the craft. Christies Mayfair Bakery opened in 1932. Her family bought the business in 1965 before Muzzolini and her brother took over in 1999. 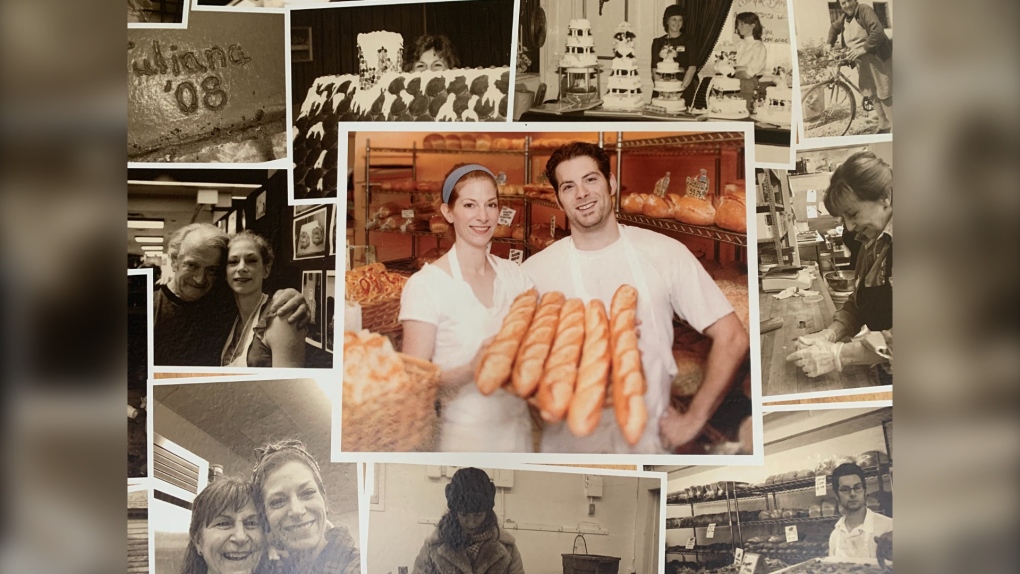 Known for being one of the first bakers in the area to popularize and sell sourdough bread more than 20 years ago, Muzzolini has become a well-known name in Saskatchewan’s culinary circles, a community she feels could benefit from some more exposure on the national stage.

“Oftentimes, Saskatchewan gets left behind in the food-culinary world. But times are changing and there's some really awesome professionals both in culinary and baking in Saskatchewan. I feel like it's time that we're seen and heard,” Muzzolini said.

Don’t expect Muzzolini to emulate Gordon Ramsay’s red-faced rants during the 10-episode season. She said she enjoyed her conversations and interactions with contestants on “Wall of Bakers,” a spinoff series of Food Network’s “Wall of Chefs,” which is currently airing its third season.

“It's just, the whole process was so amazing. I've never been involved in anything at that level before and it was one of the coolest things I've ever done,” she said.

“I think it's gonna be a really, really cool show. It's really interesting to see, you can see the difference between bakers and chefs.”

Muzzolini is more than a baker during her long days kneading dough in the back of the 33rd Street Bakery. She sees Christies as a gathering place in the historic neighbourhood.

“We're not just products. We're here connecting to people — and that's important. Connecting to people and communities. My staff here knows people's names, you know? People come there for a connection and (that is) especially important during COVID,” she said.

“When people are so isolated. Some of the only people they saw were my staff. I just feel like this tells you that food is more than just a product. It's a human connection.”

Muzzolini isn’t done with personal milestones, either. Christies Bakery will celebrate its 90th anniversary in the spring.

Quebec's major party leaders made their final appeals to voters Sunday as residents across the province prepared to cast their ballots on Oct. 3. Polls are open from 9:30 a.m. to 8 p.m. Eastern time Monday. During that time, Quebecers will endorse or condemn their leaders' conduct during major language law overhauls, existential questions on provincial identity, and of course, the pandemic.

Nobel prize in medicine awarded for research on evolution

This year's Nobel Prize in physiology or medicine has been awarded to Swedish scientist Svante Paabo for his discoveries on human evolution.

The British government on Monday dropped plans to cut income tax for top earners, part of a package of unfunded cuts unveiled only days ago that sparked turmoil on financial markets and sent the pound to record lows.

It's voting day in Quebec, a border crossing was unexpectedly closed Sunday night, and the Toronto Raptors begin their pre-season with a win in Edmonton. Here's what you need to know to start your day.