A Regina woman says she is considering leaving the province in order to get a kidney transplant faster.

Eden Janzen’s life changed in January 2016 when she went to the hospital thinking she had appendicitis — but left with a diagnosis of chronic kidney disease.

Janzen, who is 25 years old, began dialysis the following year when her kidneys failed. July marks her five-year “dial-a-versary,” which she considers a bigger event than her birthday.

Janzen undergoes dialysis — what she describes as the human version of an oil change to remove toxins from her body — four times a week, spending between three and four hours at each appointment.

“If I were to stop dialysis treatment tomorrow, I’m looking at a maximum of 10 days to live and that’s the most,” she said. 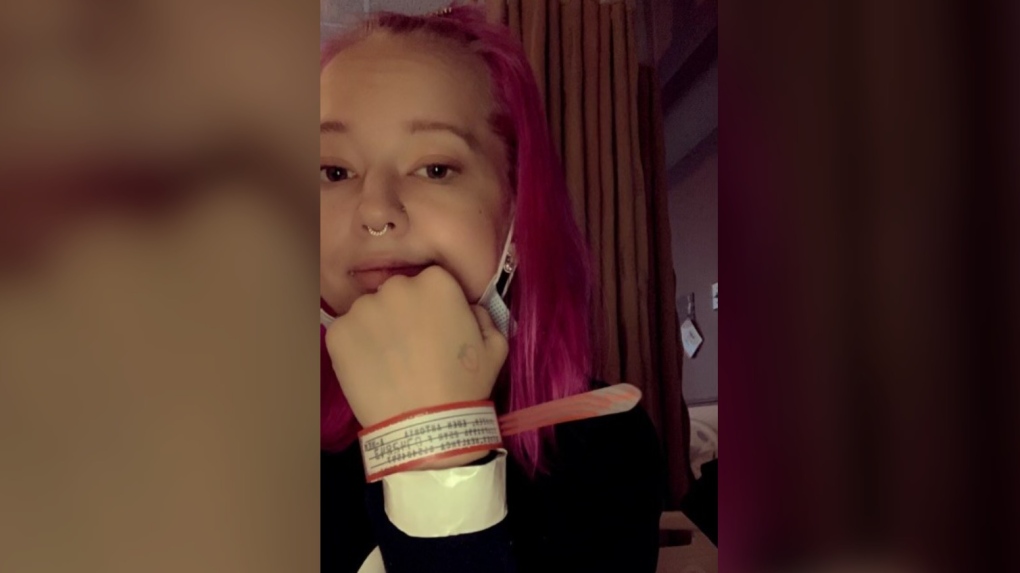 Eden Janzen’s life changed in January 2016 when she went to the hospital thinking she had appendicitis — but left with a diagnosis of chronic kidney disease.

“My health has pretty much gone downhill. I mean five years on dialysis is a lot. Some people don’t make it. It’s very unknown, like you can be 36, super healthy and then die before your 37th birthday, or before, or at 85.”

Janzen has been waiting two years for surgery to remove her parathyroid as it is taking all the calcium and phosphorus out of her bones, making her weak. She said she needs that surgery before she can be put on a kidney transplant waitlist.

“In Saskatchewan, transplant won’t even look your direction, you’re basically blacklisted until the surgery … I can’t start any of the transplant bloodwork or anything,” she said.

That surgery is one of many that has been delayed in Saskatchewan due to the COVID-19 pandemic.

Speaking to reporters on Tuesday, Health Minister Paul Merriman said there is a surgical backlog of about 35,000 in the province.

Janzen is now considering moving to another province like Alberta to speed up the transplant process.

“My friend waited like seven years in Saskatchewan and she moved to Alberta and within a year, she was on the list, then within six months of being on the list, she got a kidney,” she said.

Janzen said the one thing holding her back from leaving Saskatchewan is the healthcare care staff and patients that have become family to her.

However, Janzen said the chance of improving her quality of life is top of mind. She said moving out of the province is something she and many others like her have thought about.

“I think it was inevitable. Just the way healthcare has gone and then this pandemic. Not much going for us to begin with before the pandemic and then after that fourth wave, we pretty much lost everything, can’t really gain it back.”

Merriman said the Saskatchewan Health Authority has completed 90 per cent of the surgeries scheduled from November up until the beginning of March.

Merriman also pointed to the addition of a new radiology suite at Regina’s Pasqua Hospital, which will accommodate up to 1,000 more surgeries a year.

“This is all steps in the right direction to address our surgical backlog and this isn’t going to be done overnight,” Merriman told reporters.

“This is going to take a couple of years to be able to do that, but in meeting with my officials and talking to doctors, we’re confident we’ll tackle that number.

In a statement to CTV News, the Ministry of Health said the province’s kidney transplant program returned to full operation in December 2021 and that the average wait for a kidney transplant in Saskatchewan is two and a half years.

“The most recent data that we have for a national average (from 2020) indicates that patients with End-Stage Kidney Disease (ESKD) in Canada who receive a transplant from a deceased donor will spend an average of 3.7 years on dialysis before receiving a transplant,” the statement said.

“Kidney transplants depend upon a number of factors including blood group matching, underlying recipient health conditions and availability of suitable donors. For example, only COVID-negative donors would be considered.”

As for Janzen, getting her parathyroid removed is just the beginning. After that and depending on where she is, Janzen said it could take between six months to over a year to get on the transplant list and another year or so after that to get a kidney.

“It could very well be another four years. It just depends. There’s just not very many organ donors here,” she said.

“I don’t feel completely hopeless … I know there is a light at the end of the tunnel somewhere, everyone can see it, I can’t really see it because I’m stuck in it.”

Janzen reminds people not to take their health for granted.

“Money will never get me my health back. If I win the lottery, I can get a kidney no problem, but I’ll always have kidney disease, I’ll never get the health that I had as a kid or right before this back.”