A Saskatchewan-based diamond cutter has helped invent a new setting for solitaire diamonds that’s hitting markets around the world.

“One day I had an epiphany of how to do it and we applied that and voilà, we have a success story,” said Mike Botha.

He then switched to laser cutting. The micro-grooves snap the diamond into place in a titanium setting.

“Like where the lid just snaps onto the container,” said Botha.

A partnership was struck between Botha and New Zealand jeweler Ian Douglas over ten years ago when they met at an industry gathering. Douglas wanted to create a way to hold diamonds in place invisibly.

“This was thought to be an impossible dream,” said Douglas. “Every Jeweler in the world has been asked by customers if it was possible to have a ring without prongs, and until now the answer has always been ‘no.'” 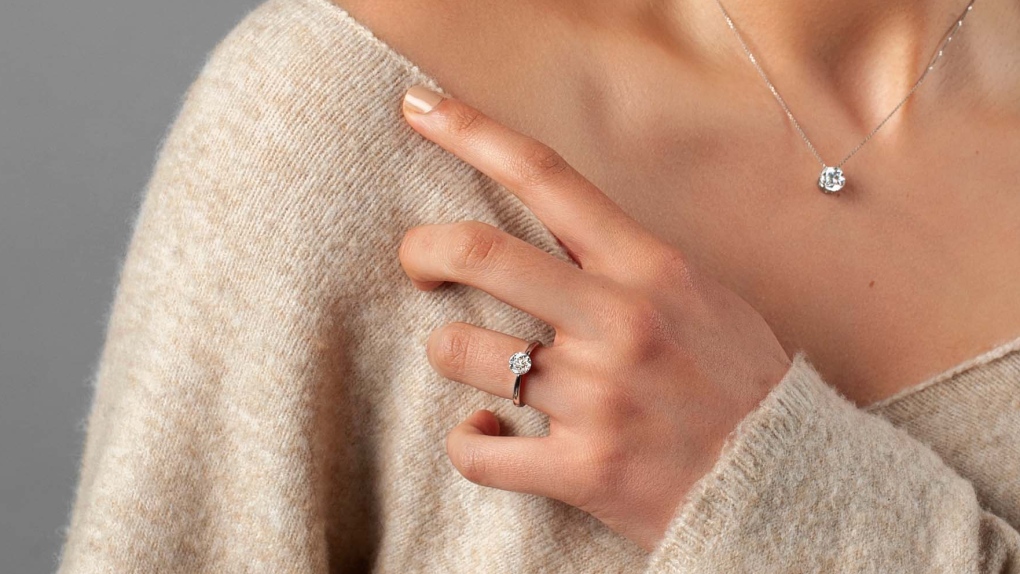 The design has been patented by Botha and Douglas and trademarked as Floeting Diamond.

Botha says the benefits of the design can be appreciated by people in cold weather climates where people wear gloves and mitts, as there are no clasps or claws on the Floeting Diamonds to get caught in clothing.

The team also had the design tested in an independent lab to compare its durability and failure rate to conventional designs and found that its design was stronger.

A diamond in a traditional six-claw setting came loose after 298 drops on a wooden floor from a one meter height, while the floating diamond remained secure for over 3,000 drops.

Botha says another benefit of the Floeting Diamond design is that without claws in the way, it allows the maximum amount of light to pass through the stone to show off all the mirrors and windows in the cut of the stone.

Botha is also known for inventing the Sirius Star Diamond cut. Another patented design he says delivers the highest amount of light return when compared to conventional cutting methods.