Prince Albert business highlights 50 Sask. crafters and producers - including one that sells cards for charity 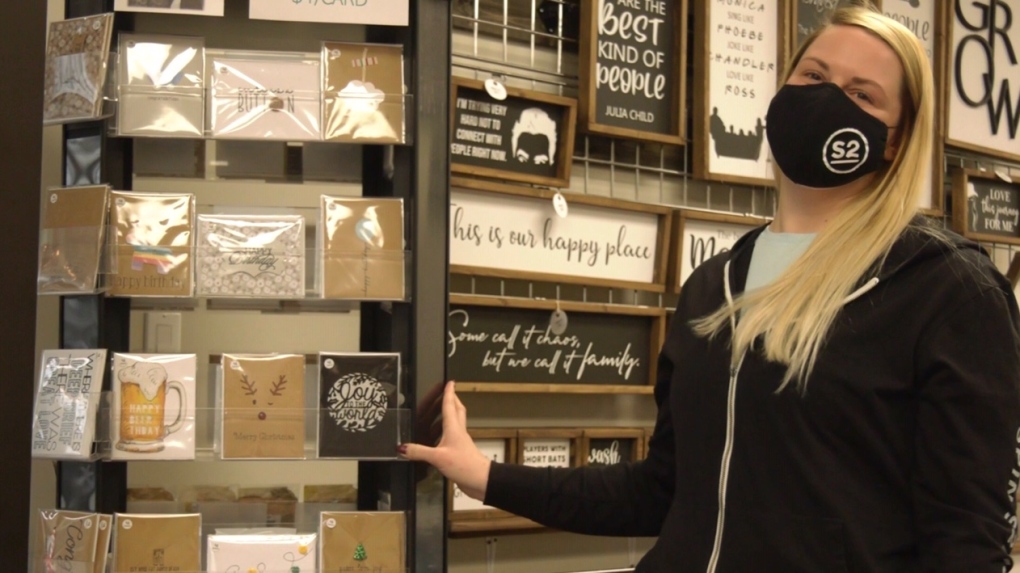 SASKATOON -- When Stephanie Hay’s mom, Shaun, passed away from ovarian cancer in 2018, she started making greeting cards as a form of therapy.

She sells cards under the name Little Miss ShaunShine to reflect her mom’s ability to be joyful no matter the situation.

"It doesn't take my mind off my grief, but it's a way to express it and be creative and be joyful within grief,” said Hay.

“Sometimes you can choose bitterness, but I’ve chosen joy.”

All of the proceeds from Little Miss ShaunShine go to Ovarian Cancer Canada.

Hay is one of 51 crafters and producers from across Saskatchewan with products in YPA Maker’s Market, which opened in downtown Prince Albert last week.

Owner Jeri McKelvie is expecting about 70 vendors by Christmas. She said she has a waiting list and will bring in more vendors once she’s settled in.

Products at the store include food, clothing, jewelery and home décor.

"We've had some really busy days here,” she said.

McKelvie said she’s had the idea for several years, inspired by shops she’s seen in other cities. When McKelvie retired from her job as a Kindergarten teacher, she knew it was the right time to put the idea into action — with or without the pandemic.

"I was worried about COVID, like would it work, or would we end up being shut down? And I think, because of COVID, it's actually more popular because all of the craft sales and trade shows are not happening this year,” she said.

"It is an absolute honour to have my cards here displayed and to share my mom's memory and keep her memory alive,” said Hay.

Down 2 Cookie is another vendor in the store that donates to charity. They sell gourmet stuffed cookies, with 10 per cent of proceeds going towards Down syndrome research.