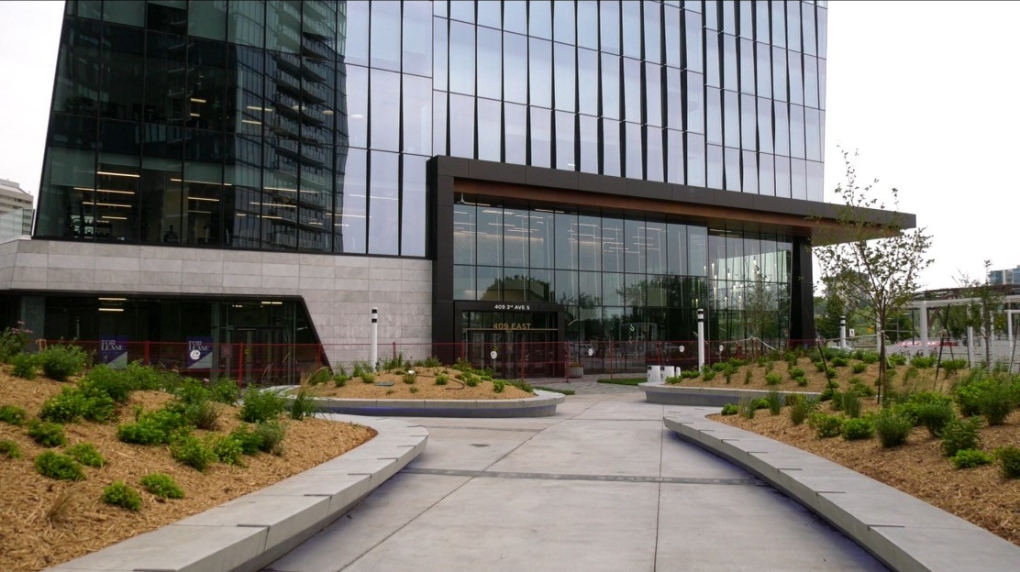 The K.W. Nasser Plaza at the River Landing complex has been in the works since 2010. (Chad Hills/CTV Saskatoon)
SASKATOON -

A permanent fixture along River Landing is now open to the public.

The K.W. Nasser Plaza at the River Landing complex has been in the works since 2010.

The central plaza, which includes a water feature, is part of the $300 million development which features the Nutrien tower.

The plaza is designed as public gathering space for the towers’ hotel and condominium residents and as a year-round amenity for the office and commercial tenants.