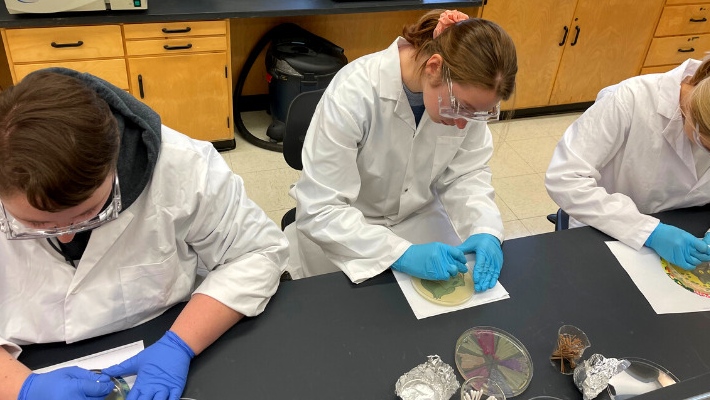 “We were given some bacteria that had been genetically modified to present with colours, and using Q-tips and toothpicks we were able to transfer the colorful bacteria and use it to trace in draw pictures on the petri dish canvas,” second-year student Nicole Zalesak told CTV News.

The “paint” was created from jelly-like substance pulled from seaweed, according to Sask. Polytechnic’s website.

“I believe there were about nine different colors that we ended up being able to use,” second-year student Sarah Miller explained. “We got to kind of create a variety of different pictures using those bacteria.”

The art work created was on display at the Nuit Blanche festival on Sept. 24, where individual art pieces were on display together along with flashlights so people could enjoy the fluorescent colours. 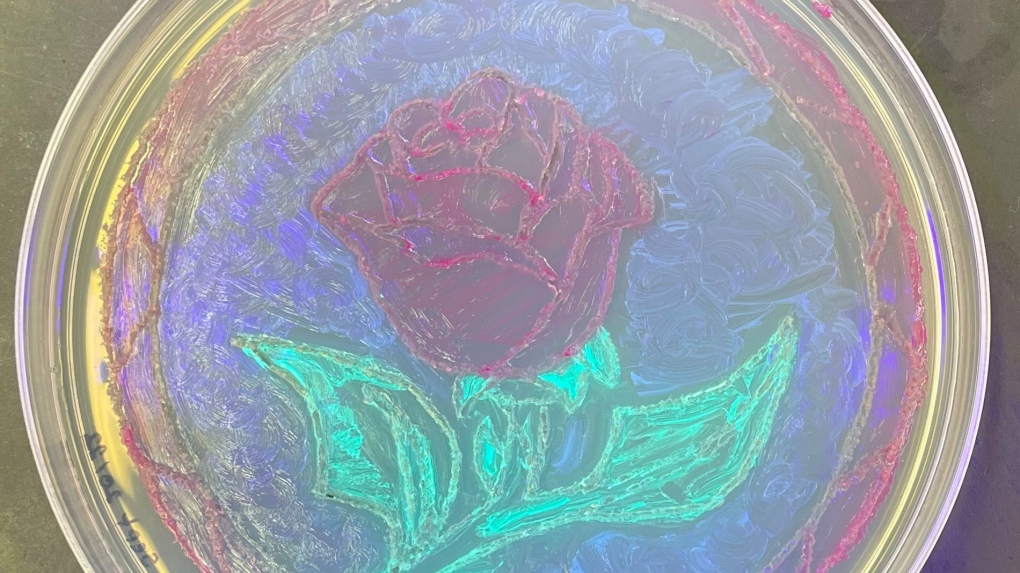 Miller described it as a “fun experience.”

“It was something that was really exciting to do,” she said. “Just knowing that I was going to kind of get to show off the work that we do that people might never get to see otherwise.”

For Zelesak, who has a BFA in theatre design, the experience allowed her to merge her creativity with her love of science.

“It was very wonderful to be able to use the creative side of my brain again and to create some art using science,” she said.

“I've also learned that there's so much creativity in science. That's why the possibilities are really endless.”

Students were given PPE to wear during the project and were also supervised by instructors from the bioscience tech program so the biological material was handled and disposed of properly.

Nine out of 10 Canadians think a 2023 recession is at least 'somewhat likely': Nanos poll

Nine out of 10 Canadians believe there could be a recession in 2023, according to a new national survey, with four out of 10 calling it 'likely.'

Prayer. Bombs. Walls. Over the decades, people have tried all of them to stanch the flow of lava from Hawaii's volcanoes as it lumbered toward roads, homes and infrastructure.