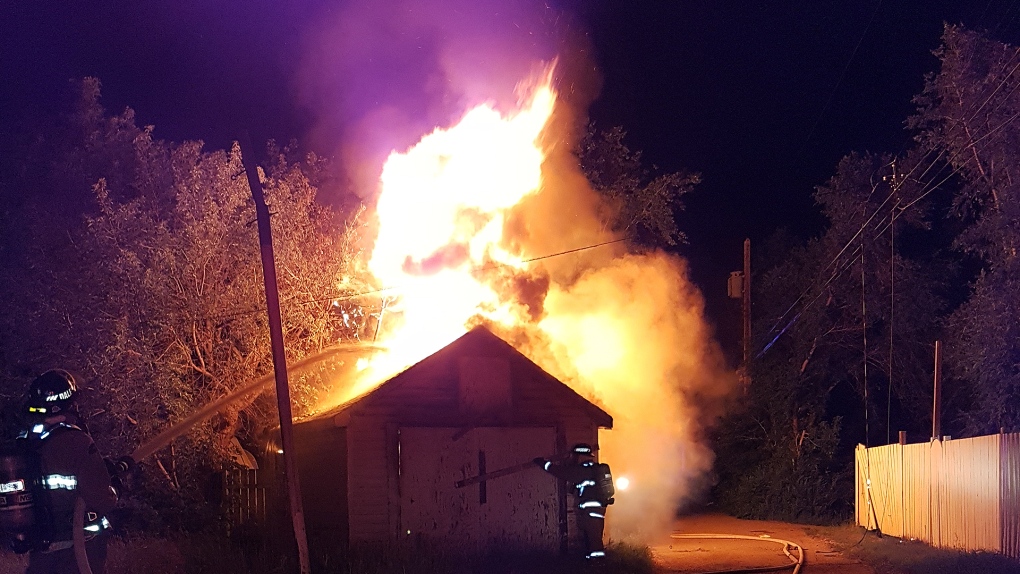 Crews were called to a detached garage behind the 300 block of Avenue S South around 2:12 a.m.

When they arrived, flames were shooting from the garage and the heat had caused an overhead powerline to break and arc.

Saskatoon Light and Power was called to attend to the line, and firefighters were able to bring the blaze under control.

Damage from the fire is estimated at $10,000. No one was injured as a result of the fire.