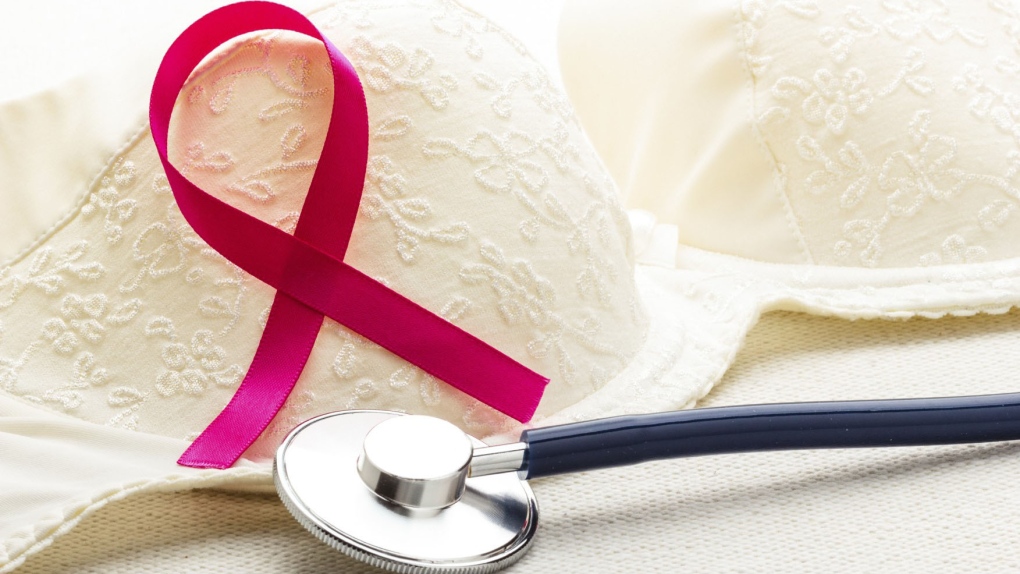 TORONTO -- According to her doctors, Deanna Ratzlaff is cancer-free. And to anyone who looks at her, she appears to be in great health.

But a year after completing treatment for breast cancer, the 46-year-old mother of two says it's a much different story on the inside, where she's filled with anxiety about the trauma her body went through and the uncertainties that lie ahead.

Ratzlaff has found coping tools through an online therapy course, but wishes she was warned earlier of cancer's emotional fallout: "It's something that they don't tell you when you go through cancer treatments."

"Everybody looks at you and they say, 'Man you look awesome!' And it's like, 'Yeah, I look awesome but my insides aren't,"' Ratzlaff said from her home in Martensville, Sask., just north of Saskatoon.

Eager to get her life "back on track," Ratzlaff joined the free program Wellbeing After Cancer about a month ago and says it's already giving her much-needed coping tools to identify negative thoughts and reduce anxiety.

Run by the psychology department at the University of Regina, the program is a second-stage research trial after a small pilot study proved effective, says researcher and doctoral student Dale Dirkse.

She's now expanding the program nationally and is seeking 100 cancer survivors with anxiety and/or depression to take part.

It's technically a research project, but that's in name only, said Dirkse, who notes the program is based on proven cognitive behavioural therapy techniques.

She describes the trial as a formality required to make the program widely available to Canadians.

"We've had so much success in Saskatchewan and this is the necessary step in order to get it to what we hope to be a government-funded option," said Dirkse.

"We're not really looking at: Does it work? We know it works. It's just a step to show, 'OK, we did a small trial. Yes, it was effective. Now let's do a larger trial to show that it's (also) effective.' That's the support that you need to get it adopted."

The program's material is licensed from researchers in Australia who offered it to thousands of people with success, said Dirkse.

"And the (Australian) government has now picked them up and they're provided as part of their health-care system. That is the goal here."

It's sorely needed, added Dirkse, who believes this is the first online cognitive behavioural therapy program of its kind in Canada.

She cites a 2011 Australian study that found a 28 per cent prevalence of depression and or/anxiety in 1,323 recent cancer survivors. As the years go by, these rates typically decrease but do not go away, she said.

"There's a lot of uncertainty with cancer and that feeling of: What if? What if it comes back? And often there is no one that can tell that person, and they can't tell themselves that, 'No, for sure it's not going to come back.' You don't know that. So how do you learn to tolerate that uncertainty? That's a skill."

The program is not meant to take the place of a support group or in-person services, and Dirkse monitors participants' progress as a co-ordinator, not as a therapist.

That's primarily because she's not licensed to work outside the province. Anyone requiring more serious help would be referred to in-person care.

Ratzlaff wishes she had met with a social worker after treatment to know what services were available to her. Instead, her discharge came as a bit of a shock after a roller-coaster of interventions that started with a mammogram in April 2015, and then biopsies and an MRI to probe several tumours found in both breasts.

Although the two tumours found in her right breast turned out to be benign, she opted for a double mastectomy and immediate reconstruction in June 2015. That was followed by four rounds of chemotherapy from August to October 2015.

Then there are work stresses. Ratzlaff's job as a medical laboratory technologist was outsourced when she took a leave last June. She expects to return to work soon, but it will be to a new, still unknown position.

She also happens to work at the same hospital where she received her cancer treatment.

Ratzlaff admits she "internalized" a lot of her fears as she pushed herself to take care of her family and resume her life. But now she recognizes her limitations and is prepared to face those challenges directly.

"It's only as good as the work you put into it," she said of the self-driven, eight-week program.

"You have to be committed to wanting to change and I did want to change so for me this was the perfect fit."

The project is being overseen by Dr. Heather Hadjistavropoulos, a professor and clinical psychologist at the University of Regina, as well as director of the online therapy unit, which is running a similar program for survivors of a cardiac event such as a heart attack.

Cancer survivors who completed treatment in the last five years can apply for the course at: www.onlinetherapyuser.ca/wac.