One seriously injured in crash on Highway 11: RCMP 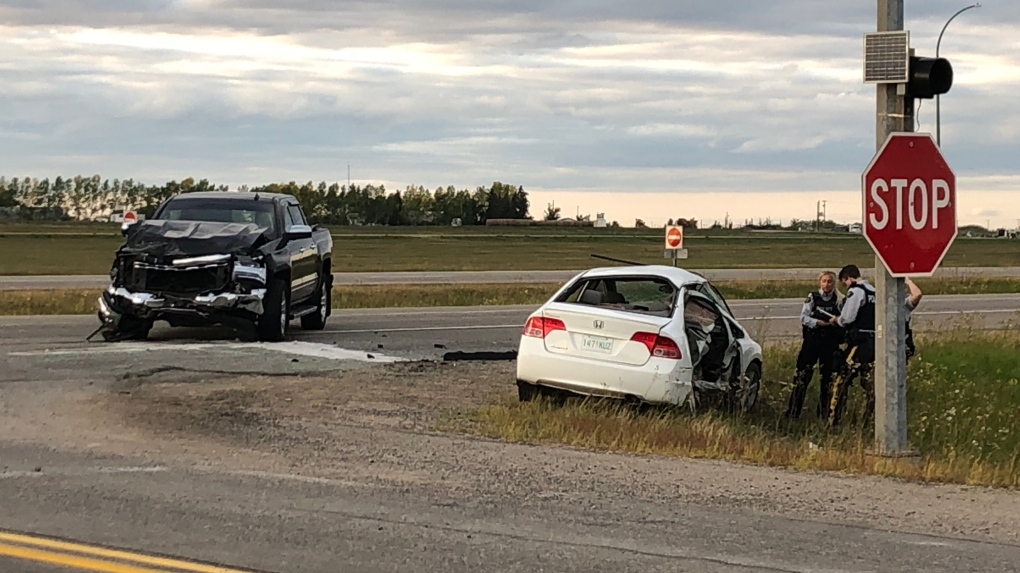 One person has been sent to hospital with serious injuries after a crash at Highway 11 and Wanuskewin Road, RCMP say. (Francois Biber/CTV News)

Police say a driver suffered serious injuries after a collision between a car and a truck at a notorious intersection north of Saskatoon.

At around 6:30 p.m. Monday, Saskatoon RCMP shut down a portion of Highway 11 following a crash at the Wanuskewin Road intersection. Police on scene told CTV News both drivers involved were taken to hospital and no other passengers were inside the vehicles.

Mounties say one of the drivers suffered serious injuries.

RCMP closed northbound traffic on Highway 11 for a few hours as collision reconstruction officers combed through the scene.

The highway was re-opened to normal traffic shortly after 10 p.m.